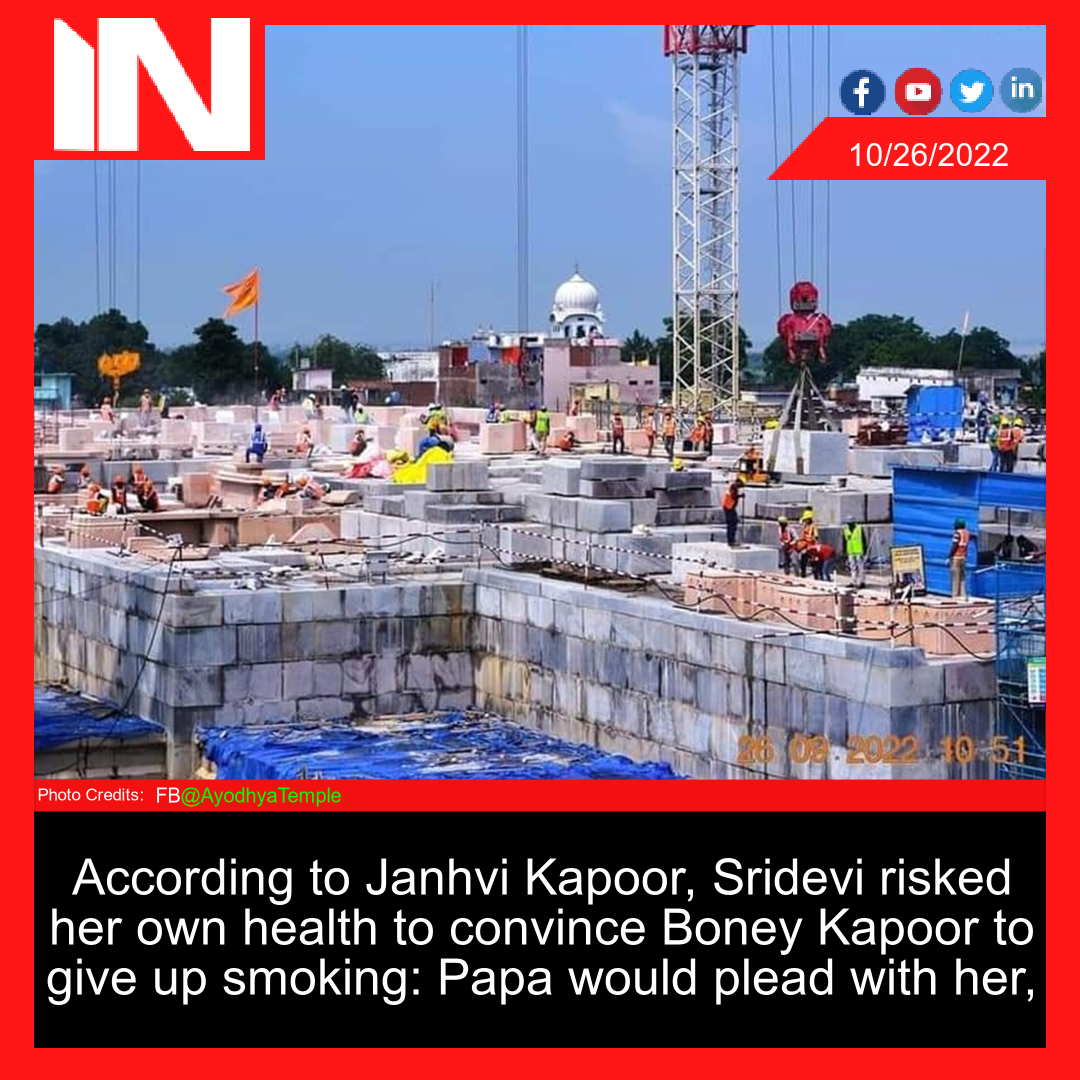 Did you know that late actor Sridevi adopted a vegetarian lifestyle? In a recent interview, Janhvi Kapoor discussed how her mother Sridevi gave up eating meat in order to stop her husband Boney Kapoor from smoking years ago. Despite the fact that doctors had urged Sridevi to eat non-vegetarian since she was “weak,”. Janhvi further said that Khushi Kapoor and her had attempted to stop him by ruining his cigarettes.

“I remember residing in our Juhu house, father was smoking, I think it was around the time of No Entry, Wanted, and every morning, me and Khushi would find different methods to break his cigarette packets,” Janhvi said in an interview with Pinkvilla. Therefore, either I would open it and apply toothpaste, or we would go and cut up his cigarettes. Nothing worked, and Mom would battle with him constantly as well.

“She switched to vegetarianism. The doctors said no, you are too frail, and she threatened not to eat anything non-vegetarian until you quit smoking. She said, “No,” when I said you should eat more. Papa would plead with her. Four or five years ago, he eventually acted exactly as she had requested that I stop. I was unable to then. Now I’ll do it,” Janhvi continued.
According to sources, Sridevi drowned by accident on February 24, 2018, in Dubai. She was there to attend the wedding of Mohit Marwah, a nephew of Boney.

Kantara, directed by Rishab Shetty, is the second movie to be shown at the Isha Foundation of Sadhguru.

Jr NTR in the right shape for NTR30