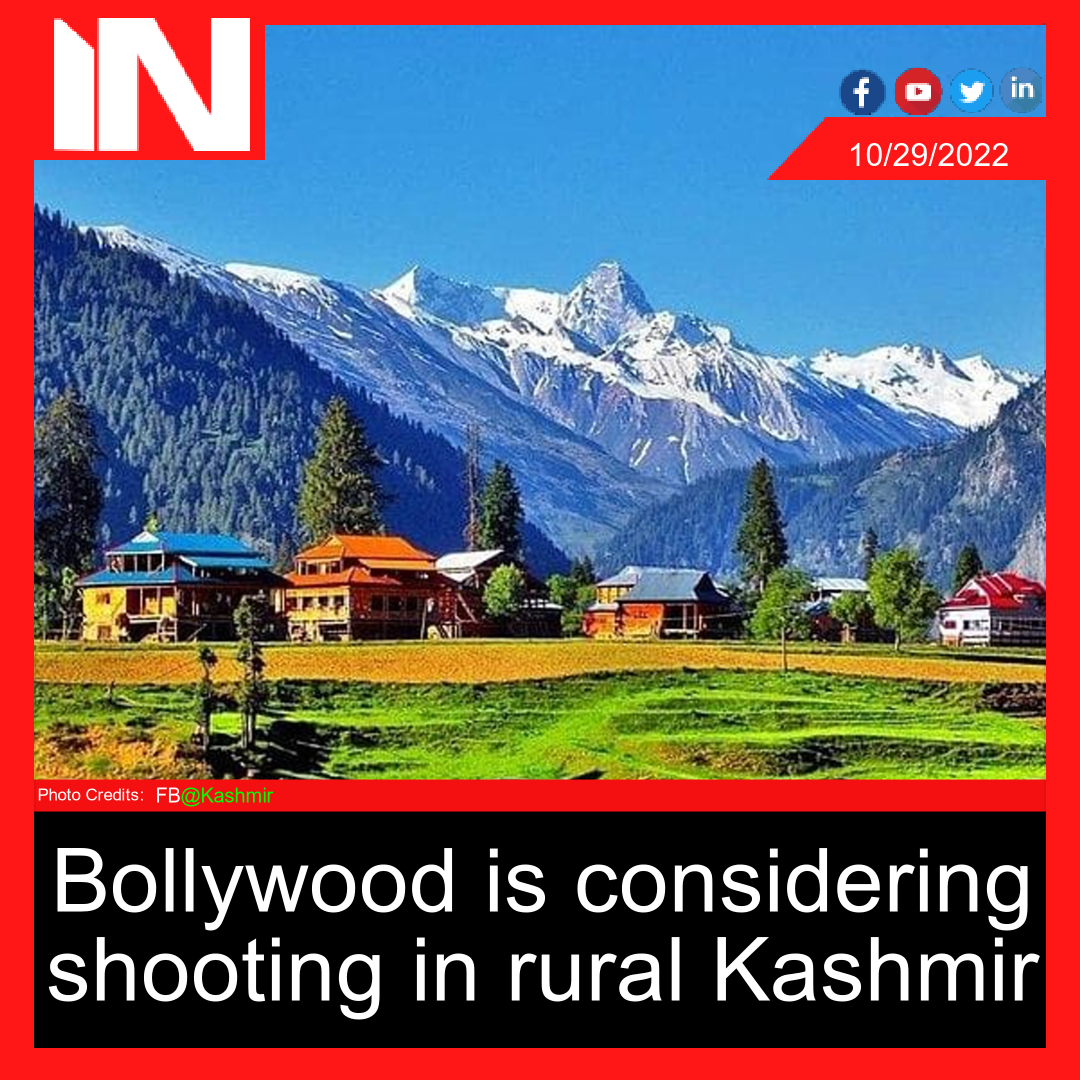 29 October, Jammu and Kashmir (India), Srinagar (ANI): Kashmir is renowned for its stunning, unspoiled landscape. While the majority of tourists visit Srinagar, Gulmarg, and Sonmarg for vacations or even to shoot movies, many of Kashmir’s rural districts are still largely untouched.

Due to the better situation in the Valley over the past four years, Bollywood is now discovering new sites outside of Gulmarg and Pahalgam by travelling to rural Kashmir.

Bollywood has a long history of appreciating Kashmir’s natural beauty, from Rishi Kapoor’s Bobby on Gulmarg to Salman Khan’s Bajrangi Bhaijan in Pahalgam. During the turbulence and bloodshed in Kashmir in the 1990s, all of the filmmakers and their crews declined to shoot there.

But over the past four years, Kashmir has had “peace gates” opening as public rallies, hartals, and stone-throwing have all diminished in importance.

Recently, Rozilyn Khan, a newcomer to the field, was filming in the valley for her online and music series. She also suggested that filmmakers shoot in Kashmir rather than abroad!

“Unlike what happens in other countries, I didn’t feel fatigued during shooting. I didn’t have any tension while filming here for my music series; I want to return frequently and encourage other filmmakers to do the same, she added.

In the Tangmarg neighbourhood of the Baramulla district, which is located right before the skiing haven of Gulmarg, Khan was filming for her musical series.

Veteran actress Zarina Wahab recently returned to Kashmir for the first time in 45 years to film in Harwan, outside of Srinagar, for the Urdu web series “Armaan” by Flock Entertainment. “In 1977, I only spent two days in Gulmarg filming, but this time, I’ve been here for two weeks and don’t feel like going anywhere. Wahab stated, “This is the first time I’ve stayed here in this way.

The resurgence of the film industry has also opened doors for regional actors to work on films. Local actors and artists who had been out of work for several years as a result of regional television’s repeated show cancellations The cast of “Armaan” includes Rehmat Rattan, Ayash Arif, Zameer Ashai, Hassan Javed, as well as numerous other passionate artists from the valley.

Actor Hassan Javaid said, “For the first time, native Kashmiri performers are being taken as primary leads, which had not happened previously.

Bollywood filmmakers are also drawn to Kashmir, as well as to former hotbeds of militancy in Jammu province like Bhaderwah and Kishtwar.

There have been 500 requests for authorization to film in the Valley, according to representatives of the Tourism Department.

Last year, the Jammu and Kashmir government announced a new film policy to promote Kashmir as a good destination for promoting films.

What is harming the Hindi film industry? Bollywood is in a funk.