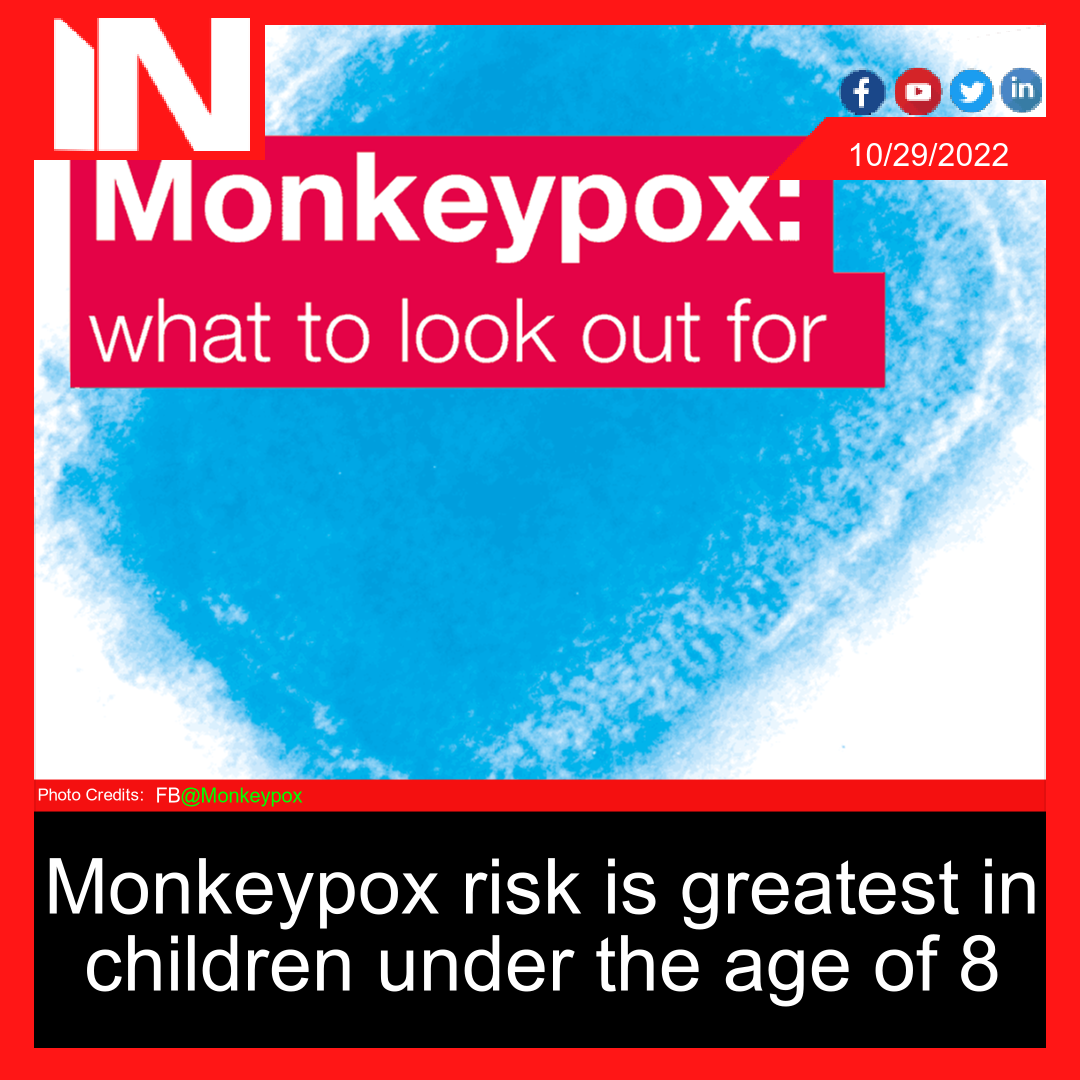 As of August 2022, there had been about 47,000 confirmed cases of monkeypox worldwide. Only 211 of these cases included people who were younger than 18 years old.
Children aged 8 or younger should be considered a population at high risk for more severe monkeypox disease, according to The Pediatric Infectious Disease Journal, the official journal of The European Society for Paediatric Infectious Diseases. The journal is published by Wolters Kluwer under the Lippincott banner.

Young children would be a key target group for smallpox vaccination and other urgent measures if the outbreak widens, according to the review by Petra Zimmermann, MD, Ph.D., of the University of Fribourg, Switzerland, and Nigel Curtis, Ph.D., of The University of Melbourne and Murdoch Children’s Research Institute, Australia. They provide an expert perspective on “What clinicians need to know” on childhood monkeypox.

Concerns regarding the hazards of monkeypox in young infants stem from previous outbreaks.

As of August 2022, there had been about 47,000 confirmed cases of monkeypox worldwide. Only 211 of these cases included people who were younger than 18 years old. In the current outbreak, close sexual or other types of contact appear to have been the primary means of transmission for the monkeypox virus. We still don’t know what role other transmission channels, such droplets and infected items and surfaces, play.

The majority of monkeypox cases are “self-limiting,” with the rash developing and going away. The absence or mildness of the symptoms might lead to missed diagnoses. High-risk groups, such as children under 8 and people with underlying skin disorders, need specialized care.

Given that monkeypox can be asymptomatic, an outbreak could spiral out of control and spread to vulnerably affected groups like young children. The smallpox vaccine would be crucial in that circumstance, necessitating the need for “additional urgent steps.” According to Drs. Zimmermann and Curtis, smallpox vaccination protects against monkeypox. If the current infection spreads to children, authorities should be prepared to quickly implement immunisation of this age group.

How to incorporate methi leaves into your diet this winter; specialist in numerous advantages for diabetes and arthritis