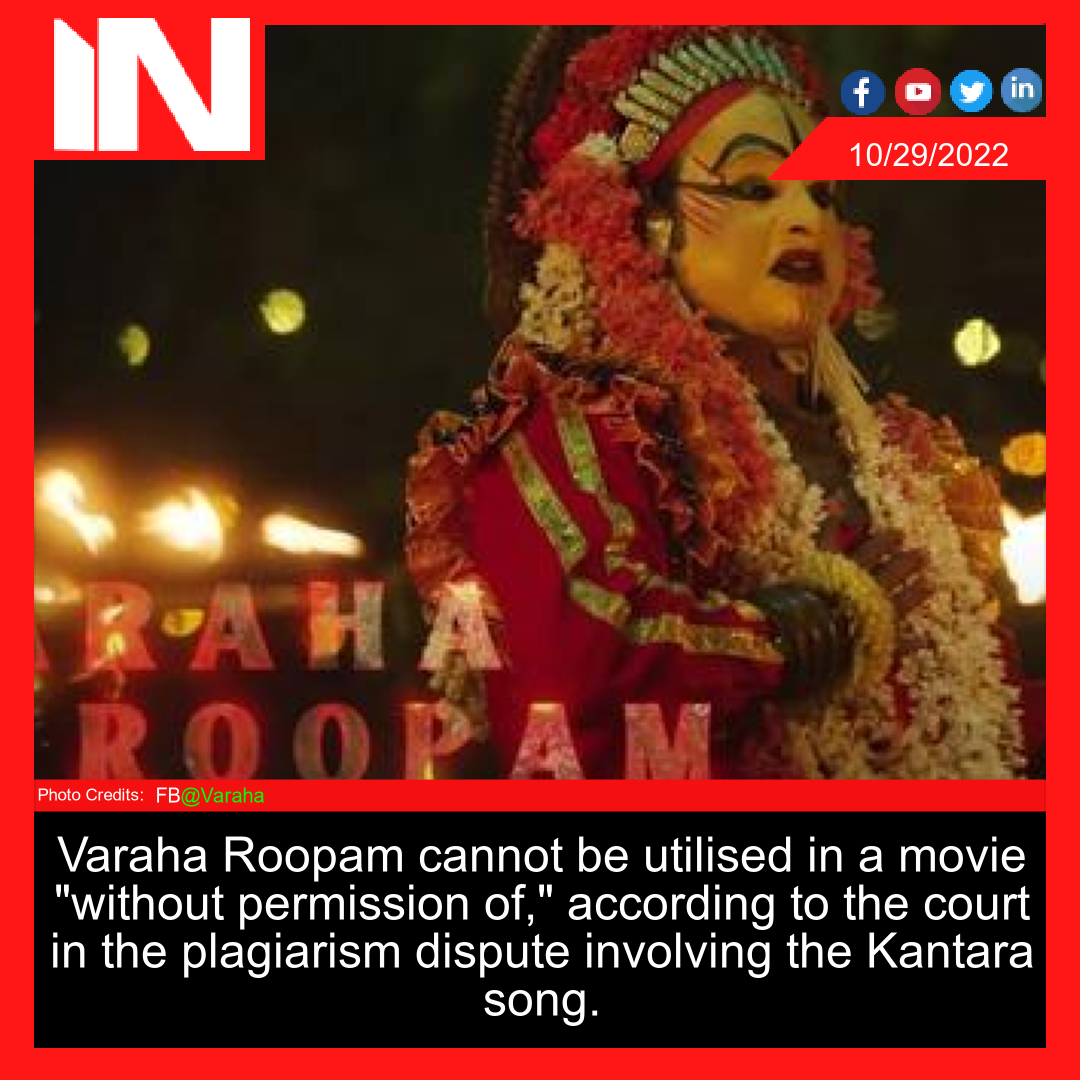 The Kantara squad has been ordered by a Kerala court not to play Varaha Roopam without Thaikkudam Bridge’s consent. Varaha Roopam, according to the band, was lifted verbatim from Navarasam.

Thaikkudam Bridge shared a post on Instagram. “The Producer, Director, Music Composer, Amazon, YouTube, Spotify, Wynk Music, Jiosavan and others have been enjoined from playing the Song Varaha Roopam in the Film Kantara,” it stated.

Thank you for everyone’s ongoing support, the post’s caption read. A follower commented on the post, “Setting a historical precedent! #navarasam #thaikkudambridge #bethebridge.” Don’t ever steal someone else’s property, another commenter said. “More power to you guys!! “
In a lengthy post on Instagram, Thaikkudam Bridge stated that “Kantara” is in no way connected to Thaikkudam Bridge from the perspective of both of us and our partners. Therefore, there has been a flagrant violation of copyright rules due to the unavoidable auditory similarities between Varaha Roopam and our intellectual property, Navarasam.

The statement continued, “From our perspective, the distinction between “Inspired” and “Plagiarized” is clear and unmistakable, and as a result, we will seek legal action against the creative team accountable for this. The song is promoted by the film’s creative team as an original composition, and our ownership of the content has not been acknowledged. We kindly ask for your cooperation and urge you to let others know about this.

Sai Vignesh performed the song Varaha Roopam, which was written by B Ajaneesh Loknath. Kantara, directed by Rishab Shetty, came out on September 30. For its plot and stunning images, the movie has received a tonne of positive feedback from viewers.