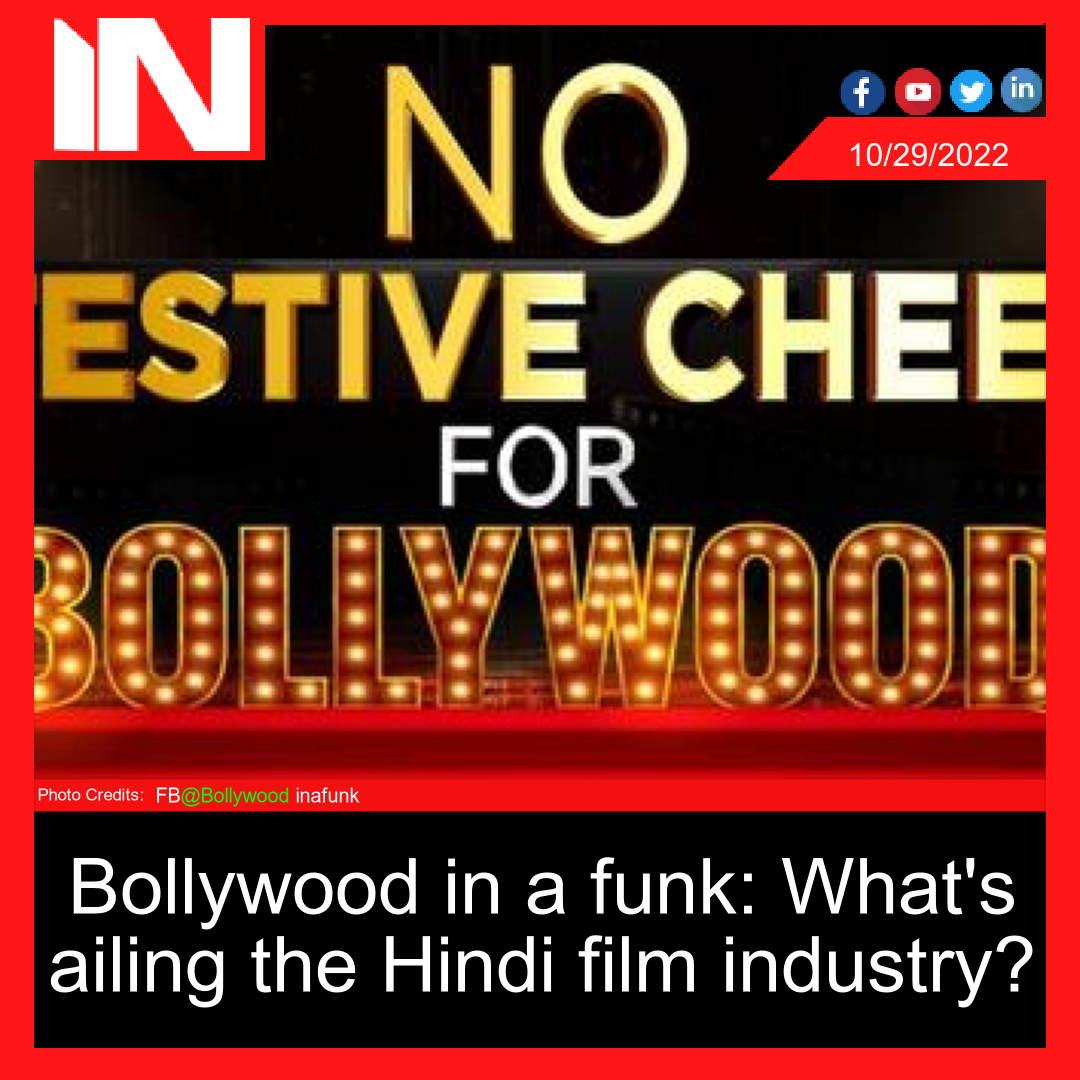 Bollywood is struggling as a result of two consecutive box office flops. The Hindi film business, which used to be recognised for producing three to four blockbuster hits every year, is currently having trouble holding the audience’s attention.

India has recently finished its nationwide Diwali celebrations, but Bollywood is still in trouble. Unquestionably, a lacklustre content show is to be blamed for the underwhelming box office take for Hindi movies, and to add insult to injury, a movement in consumer preference for diverse content consumption on a variety of OTT (Over-The-Top) apps is also a factor in the decreased attendance.

This is demonstrated by the occupancy numbers, which for PVR and Inox are declining and obviously below pre-COVID levels.

Here is how Bollywood has done thus far this year. By the end of this year, we may fall 40% short of the box office receipts compared to 2019, which is the pre-COVID year, with the 117 Hindi films that have been released to yet, totaling box office receipts of Rs 2,900 crore.

It’s important to remember that several movies had their release dates postponed or moved to OTT platforms. It is also unquestionably true that the film exhibition industry was the most negatively impacted by the implementation of COVID, as this sector was the first to close when COVID was implemented in India and the last to reopen when the country’s travel restrictions were loosened.

A thorough examination of the Bollywood film receipts for this year reveals that without compelling material, even the presence of well-known actors is ineffective at drawing audiences to the theatres. This is demonstrated by the disappointing box office results of popular films with a star-studded cast, such as Lal Singh Chadha, Ek Villain, Liger, and Raksha Bandhan.

Seven films in all have earned more than Rs 100 crore at the box office so far this year. This should be compared to 19 movies from the pre-COVID 2019 period.

The time period between a film’s theatrical release and its release on an OTT platform would also affect the amount of box office receipts for that particular film.

Larger windows are preferred for big-budget films because theatre audiences, who are accustomed to the actor’s stardom, get a larger-than-life experience. How the remainder of this year will fare is currently the major issue. Avataar, Drishyam 2, and Black Panther are upcoming films, and Vaathi, Kushi, and other regional films are on the schedule.