The body of the 20-year-old Dalit woman, who died at a Delhi hospital on Tuesday after she was gang-raped allegedly by four upper caste men, was cremated by the police and district administration of Hathras around 3am on Wednesday against the wishes of the family.

The woman’s family members said the police forcibly performed the last rites last night even though they wanted to bring her body home one last time and cremate her in the morning as per customs.

The woman had died at Delhi’s Safdarjung hospital on Tuesday, two weeks after she was attacked brutally while helping her mother in the fields. She had suffered multiple fractures, paralysis and a gash in her tongue in the horrific assault.

But the family’s horror did not end there, as a high-handed police force whisked away her body from the hospital around midnight without informing the family. The parents and the brothers of the victim were in Delhi when the UP police brought her for cremation to Hathras, 200 km away from the national capital.

Bhuri Singh, the uncle of the deceased, told News18 that police pressured relatives to perform the last rites in the middle of the night.

“The parents and brothers of the victim were not present on the spot, they were in Delhi and did not even arrive by the time the body reached the village. When we asked not to perform the last rites at night and wait for the family, the police said that if you do not do it, we will do it ourselves,” he said.

The police did not hand over the body to the family despite them asking to see her face for the last time. Videos showed the victim’s family pleading with police officials to let the body be brought home one last time, and the cremation be done in the morning.

Haven’t Touched My Face For Several Weeks, I Miss It: Trump’s Meeting On Coronavirus 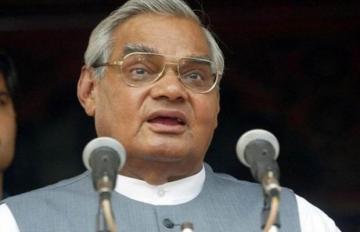 94 New Cases Of Coronavirus In Gujrat, Total 2272 Cases Till Now In This State.

PM Care Fund Collected Over 3076 Crores In Just 5 Days , Why The Officials Not Revealing the name of the donators;P Chidambaram