Babri demolition was spontaneous, not pre-planned;CBI court acquits all 32 accused

Judge Surendra Kumar Yadav said that the demolition of the mosque was not pre-planned, but a spontaneous act. The case related to the razing of the disputed structure in Ayodhya on December 6, 1992.

Among the 32 accused, LK Advani, MM Joshi, Uma Bharti and Kalyan Singh were not present in the court for the hearing. While Advani and Joshi were advised not to travel due to age and the coronavirus disease pandemic and attended the hearing through video link, Bharti and Singh have contracted Covid-19.

“The CBI court has acquitted all 32 accused in the Babri Masjid demolition case. This ends the long pending dispute related with the December 6, 1992 incident,” said lawyer KK Mishra.

Mishra represented 25 out of 32 accused in the case.

Iqbal Ansari, a petitioner in the Babri case, welcomed the CBI court’s decision. “It’s good that this is now over. Let’s all live in peace. Let there be no fresh trouble of this nature. Hindu and Muslim have always lived in peace in Ayodhya,” he said.

Some saints distributed sweets in Ayodhya after the verdict.

Security was tightened in the court premises in Lucknow and no one was allowed inside the court room except the defence and CBI lawyers, and the accused persons.

The verdict in the case comes roughly 11 months after the Supreme Court, in November last year, ruled in favour of building a temple at the 2.77 acre site in Ayodhya.

A ceremony to mark the beginning of the construction was held on August 5 and attended by Prime Minister Narendra Modi. 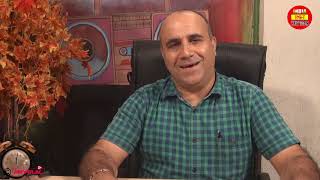