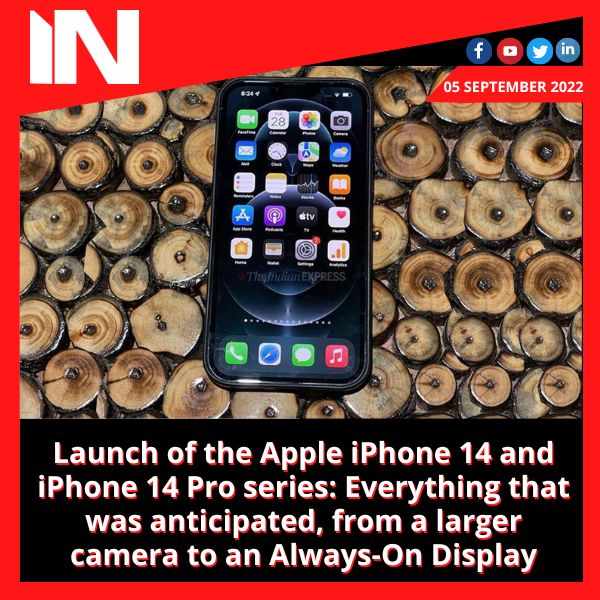 Apple iPhone 14 series: just the Pro with A16

According to numerous reports, the iPhone 14 series will bring about a significant alteration. The ordinary and Pro models will have various processors. The iPhone 14 and iPhone 14 Plus will continue to use the A15 Bionic, albeit it may have a faster clock speed, as Apple is likely to save the new A16 Bionic for the Pro phones. We’ll have to see how Apple supports its claim that the new iPhone 14 phones have improved performance.

Additionally, we’ll have to wait and see how the iPhone 14 Pro’s 48MP camera sensor affects its capabilities in terms of low light, video recording, etc. Particularly in low-light situations, competing Android devices have outperformed the iPhone, and Apple will be attempting to catch up with the Pro series.

Apple’s new notch on its iPhone 14 Pro series
It’s anticipated that the notch will also be redesigned. According to reports, Apple will redesign the notch to have a thinner pill shape, but only for the Pro models. This time around, the front camera and all of the Face ID sensors are said to be housed in two cutouts in the display. Apple will, however, rely on software to make sure that the notch only displays as one when the iPhone is in use and not as two cutouts.

Satellite connectivity and further eSIM push in the Apple iPhone 14 Pro series.
Gurman predicts that the iPhone 14 series will make a big push for eSIMs this time. Although it is unclear if this would happen with the iPhone 14 series, he mentions in his letter that Apple is considering doing away with the SIM slot entirely. For those who are unaware, the eSIM feature on iPhones does support dual-SIM.

Additionally, satellite connectivity for the iPhone 14 series has been discussed. It’s unlikely that this will be included in the models for India, but we’ll have to wait and see how Apple implements it.

A great Type-C Hub for people on a budget for less than 1,000