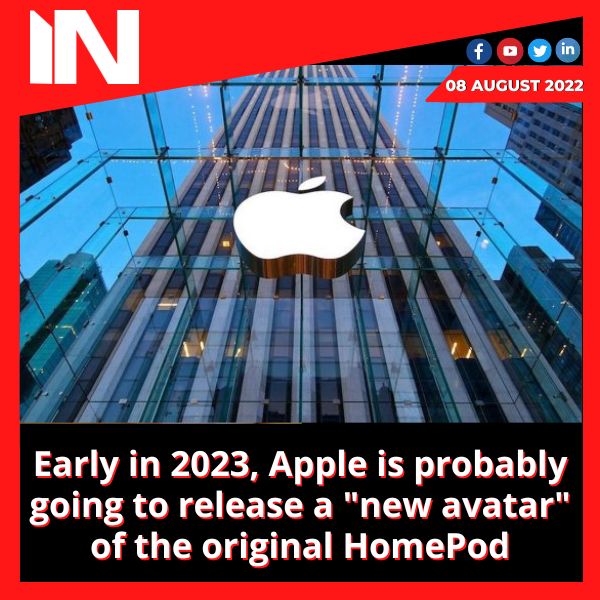 Early in 2023, Apple is probably going to release a new HomePod mini smart home speaker in addition to the original HomePod in a new form.

According to Apple analysts Mark Gurman and Ming-Chi Kuo, the company will likely reintroduce the larger HomePod in the first quarter of next year after it is discontinued in March 2021.

Other “Home” products being developed by Apple are said to include a device that combines a HomePod with an Apple TV and a FaceTime camera.

A “kitchen-bound device resembling an iPad on a robotic arm is on the way,” according to reports.

According to AppleInsider, the other next-generation “Home” devices could show up at the end of 2023 or the beginning of 2024.

Apple currently only offers the $99 HomePod mini. After being reduced in price from $349 to $299, the original HomePod with its much more impressive sound was discontinued last year.

Smart speakers are “unquestionably one of the essential components of the home ecosystem,” according to Kuo.

In order to reduce costs, the analyst also predicted that the tech giant is working on a new iteration of the Apple TV set-top box.

The Apple Watch, AirPods, and HomePods were included in the wearables/home/accessories category, which saw a decline of about 8% in Q2 earnings, from $8.8 billion to $8.1 billion.

Advertisement
Related Topics:AppleavatarearlyFeaturedhomepodOriginalprobablyrelease
Up Next

According to research, India will probably sell 1 million foldable smartphones by 2026