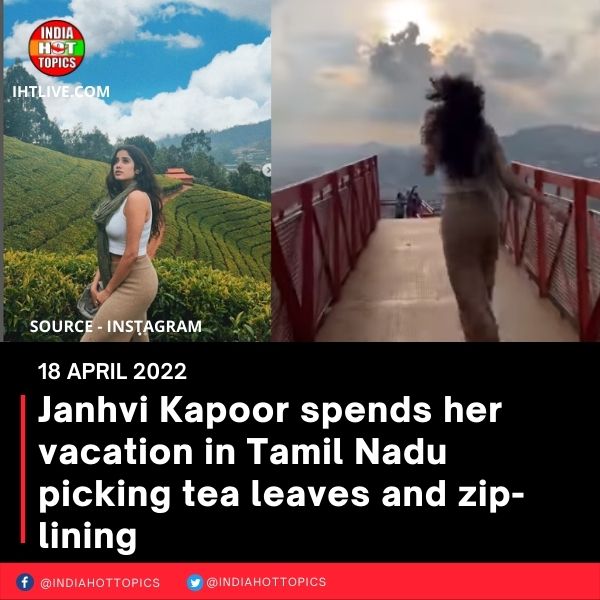 Janhvi Kapoor jetted off to Ooty in Tamil Nadu with her friend Orhan Awatramani. According to reports, Janhvi joined her sister Khushi Kapoor there. Khushi is shooting for her debut project – Zoya Akhtar’s adaptation of The Archie comics.

On Sunday, Janhvi posted pictures from her visit to a tea plantation with her friend Orhan in Ooty, Tamil Nadu. The Gunjan Saxena actor even went zip lining, and her friend posted snippets on his Instagram page. Scroll down to see some glimpses from her vacation diaries.

Bollywood actress Janhvi Kapoor has taken to Instagram to share a picture of herself standing on a tea plantation. The star donned an effortless look for the outing, featuring a ribbed white cropped tank top and high-waisted beige flared pants.

Inside Priyanka Chopra and Nick Jonas’ Easter lunch in the sun