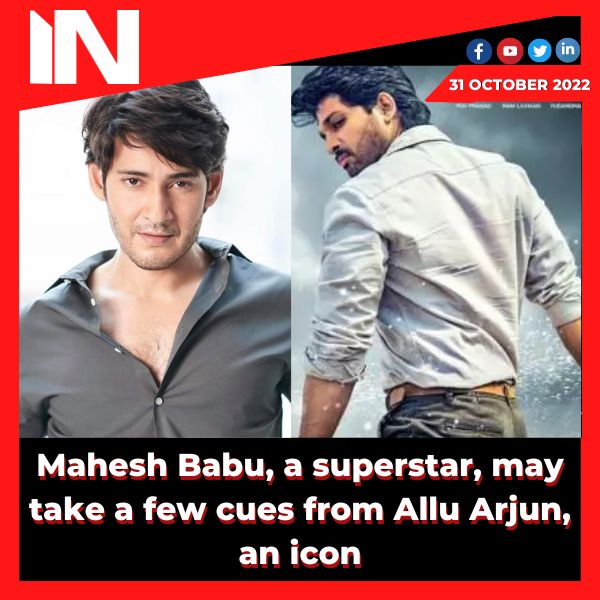 Recently, Superstar Mahesh Babu’s plot choices have fallen short; even his admirers feel that he is producing weak scripts and mediocre substance.

Mahesh’s most recent films have performed well at the box office not because of their subject matter but rather because of his star power. Maharshi, Sarileru Nekevvaru, and Sarkaru Vaari Paata are all common commercial entertainment with predetermined plots.

Fans don’t mind Mahesh performing standard commercial potboilers, but they are concerned that he is overlooking talented directors. They claim that when working with famous directors, you should offer them freedom.

When Mahesh cancelled a project with Sukumar, Allu Arjun hired him right away and produced Pushpa, which went on to become a Pan-Indian blockbuster and today has a tremendous following across the country.

When Pushpa was released, some Mahesh fans were relieved that their hero had opted out of the film after hearing unfavourable reviews. However, things quickly turned around as Pushpa went on to become a huge hit with its dialogue and songs spreading throughout social media.
If we look at Trivikram’s career in general, the success of his films never rely on the plot; instead, his greatest contributions to them are the screenplay and the dialogue, for which he is most known. Music also plays a significant part in Trivikram’s productions.

The plots of all of his most recent great successes, including Ala Vaikunthapurramuloo, Attarintiki Daredi, and A Aa, are quite straightforward. But thanks to Trivikram’s capture and narrative, they were huge hits. Mahesh should be aware of this and refrain from avoiding good filmmakers with needless script changes. On the other hand, Allu Arjun has produced successful blockbusters with Trivikram and Sukumar.

Allu Arjun has collaborated on three films with Sukumar and Trivikram in his career. Pushpa 2 will be his fourth collaboration with Sukumar, and if speculations are to be believed, he’ll reunite with Trivikram after Pushpa 2.

Anushka Sharma’s photo dump from Kolkata contains images of her splurging on food, cuddling with Vamika, and more.