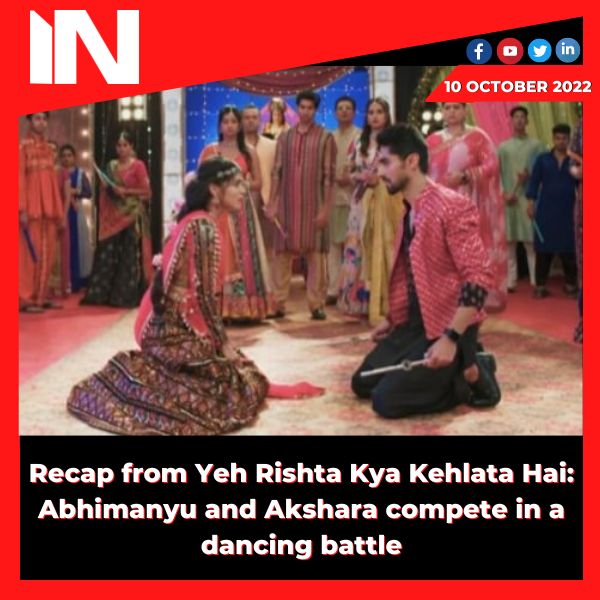 After abducting Pari, Paritosh has a breakdown in front of the Kapadia family in this episode of Anupamaa. Anupamaa and Vanraj are sick of Toshu’s shenanigans, and Kinjal is considering calling the police to report him for his conduct. In his lone request to the family, Paritosh begs for another chance to care for his daughter and be a parent. Now Kinjal must choose whether she wants to give Toshu another chance. To learn more, keep reading this article.

Toshu is finally prepared to apologise to everyone for his terrible behaviour after kidnapping Pari and staging several scenes rather than acknowledging his errors. Rakhi, however, is not yet prepared to pardon him. Despite Leela’s objections, she is insistent about calling the police. Rakhi is supported by Dolly as well, but Vanraj stands in the way. Toshu also irately says, “I should call the police,” to which Anupamaa corrects him once more and helps him see his error.

Toshu finally confesses his grief for failing Pari as a father by sobbing. He starts pleading for everyone’s pardon. Even worse, he begs the Shahs to strike him. Anupamaa and Hasmukh express their displeasure over his behaviour after seeing his drama once more.

Leela keeps defending him. Although he appears to be repentant, his actions nonetheless reveal signs of an irresponsible and irredeemable guy. Continue reading to learn what persuades Kinjal to reconsider her decision and provide Toshu a second chance at fatherhood.

Toshu is given a second opportunity by Kinjal.

Toshu ultimately comes to his senses after receiving yet another rejection for his impolite method of requesting forgiveness. He acknowledges all of his flaws and errors. In addition, he contends that his daughter shouldn’t be punished or separated from her father because of the mistake he made as a husband. He expresses regret to Kinjal and Anupama. Then, turning to Anupamaa, he declares his love for Pari and his desire to be a wonderful parent to her.

As Toshu has deceived her the most, Anupamaa leaves the choice to Kinjal. Finally, Kinjal decides to give Toshu another chance to be a father, but she is quite clear that he must not make the same mistake twice. She also warns Toshu that she will take away all of his rights as a spouse and a father if he confronts her in any way. Toshu praises Kinjal for the opportunity and agrees to all the terms. Toshu is then made to understand the significance of this second chance and how he can use it to regain everyone’s trust by Vanraj, Anupamaa, and Hasmukh.

In the upcoming episodes, Anupamaa will face the end of one struggle and the start of a new, more challenging one. This time, Pakhi will be the one whose actions lead to future Anupamaa sorrow and trouble. Watch the HT highlights to learn more.

Shehnaaz Gill yanks away when a curious fan reaches out to touch her.