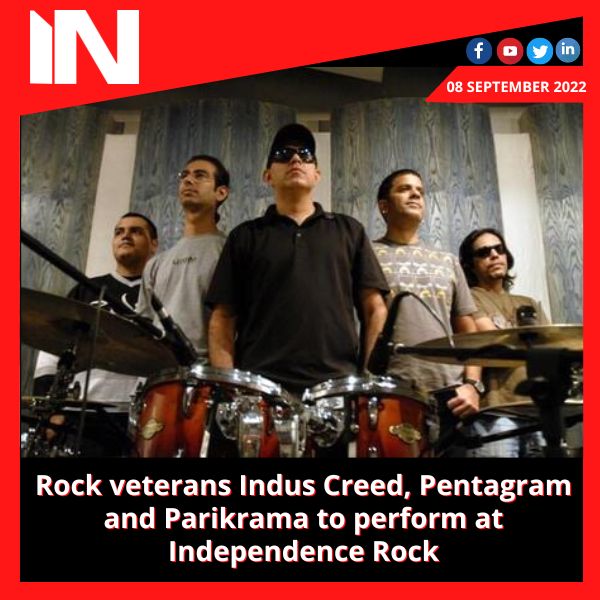 Independence Rock, also referred to as the Woodstock of India, is making a belated comeback to the city. The three-decade-old festival will take place in November and feature 10 established and up-and-coming acts, including the legendary groups Indus Creed, Pentagram, and Parikrama. On November 5 and 6, a two-day concert will be held at Bayview Lawns in Mazgaon.

The festival began in 1986 nearly as an act of retaliation for being denied the opportunity to perform at the St. Xavier’s campus festival Malhar. Farhad Wadia, a devoted fan of rock and roll, built the venue, which later developed into a Mecca for music lovers in the city. He explains, “I moved to the US eight years ago, so I couldn’t do this every year.

But I’ve always wanted to return and do this every year. I’m happy that the magic of this festival will be experienced by a new generation of festival-goers.

“We love playing big rock songs to those that dig that kind of sound,” Indus Creed frontman Uday Benegal explains. We started making music for that reason, and we still do.

The occasion serves as a sort of homecoming for Parikrama and its founder Subir Malik. When asked if today’s kids can relate to their music, he replies, “We have performed all over the world. The smaller children are headbanging to our music in the front rows, says the 52-year-old.

“The festival has always been the breeding ground for truly independent music in India and I hope it regains its status as India’s crucible of new sounds,” says composer-singer Vishal Dadlani, who is also the main singer for the band Pentagram.

Newer bands like Aswekeepsearching, The Bloodywood, and Parvaaz, among others, will also be making their festival debuts alongside these mainstays. The band Aswekeepsearching is thrilled to play on these revered grounds and remarks, “When we were growing up, Independence Rock was thought of as the biggest stage for independent bands and performers. The roots of today’s independent music scene were laid by this music event. We’re honoured to take part in it.

Ellie Goulding bemoans the gender pay gap in the music industry, saying, “We still have to sexualize ourselves”