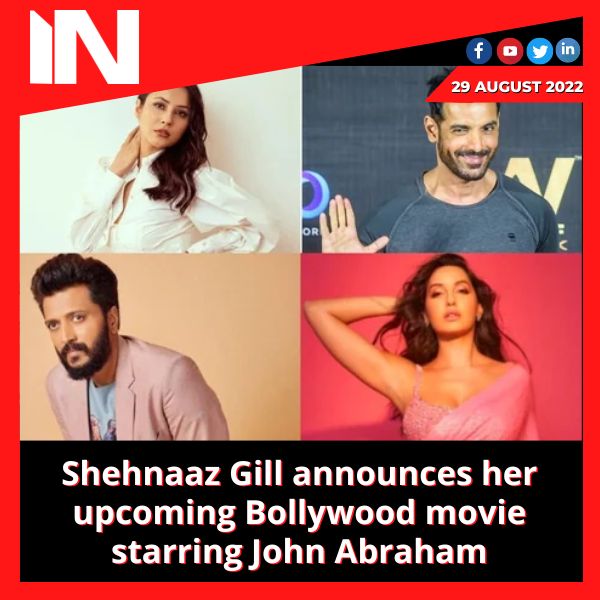 Shehnaaz captioned the post after sharing the video, “A hilarious comedy with lots of action, music, and spies! We promise to always be entertaining! (Emoji sparkles). In 2023, Diwali will be much greater! Do you feel ready? (Emoji for clapper board).” She added additional hashtags, including “Sajid Khan,” “Bhushan Kumar,” and “Krishan Kumar,” as well as the names John, Riteish, and Nora.

Fans responded to the tweet by congratulating Shehnaaz and wishing her luck. “So pleased for you Shehnaaz,” someone said. “Wowwww baby…keep rocking,” read another reply.

According to rumours, Shehnaaz would also appear in the upcoming movie starring Rhea Kapoor. Shehnaaz became well-known after participating in Salman Khan’s Bigg Boss 13 show. She also released the song Tu Yaheen Hai last year in memory of Sidharth Shukla, who won Bigg Boss 13 and was her late boyfriend. She has also appeared on a number of reality TV programmes, including Dance Deewane 3.

Ankit Raj: I’m quitting TV to focus on movies and a web series