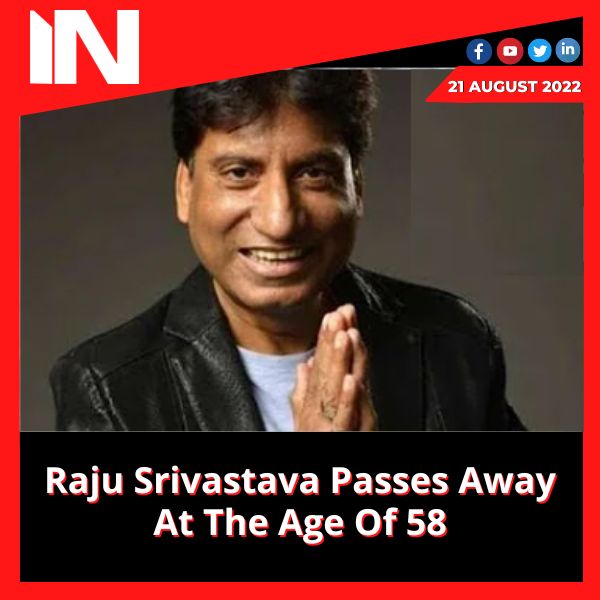 Raju Srivastava passed away at the age of 58 on Wednesday, 41 days after being admitted to AIIMS, Delhi. Comedian’s nephew confirmed the same exclusively to ETimes TV. Raju had shown improvements in health a few days ago, his nephew said.

Raju Srivastava’s condition is stable and he is still on a ventilator, his wife had told BT earlier this month. “We all want your prayers, so that he recovers and is back with us,” she said in a statement.

Raju shot to fame in 2005 after participating in the first season of the stand-up comedy show ‘The Great Indian Laughter Challenge’. He had also featured in films like ‘Maine Pyar Kiya’ and ‘Aamdani Atthanni Kharcha Rupaiya’.

Advertisement
Related Topics:Ageage_58comediandelhiIhtNewspassingraju_srivastavaTrending
Up Next

Dhanashree Verma is having surgery, and Yuzvendra Chahal wants her to recover quickly