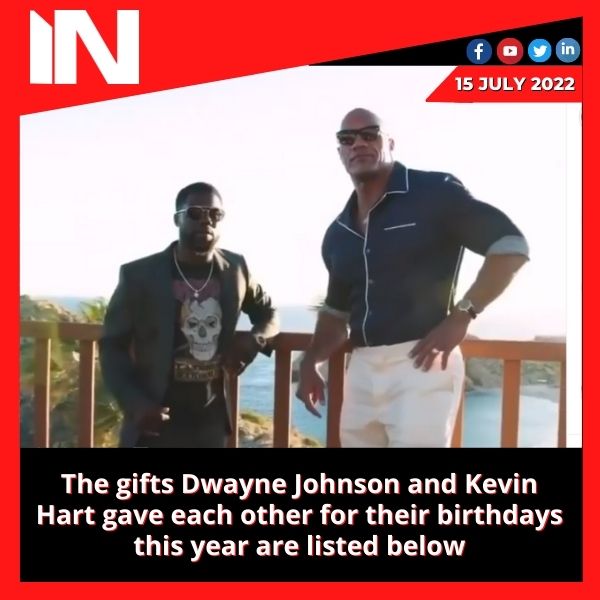 Dwayne Johnson and Kevin Hart spoke candidly about their friendship on the red carpet for the Los Angeles premiere of DC League of Super-Pets on Wednesday. Hart turned 43 last week, while The Rock turned 50 in May, as the pair spoke with People what gifts they gave each other for their birthdays this year.

Hart stated to the source, “Nothing was given to me by him. He didn’t get me anything, he continued, “not a damn thing. Nothing at all.” But I’m a different kind of friend, Hart continued. Contrarily, Johnson made fun of Hart while claiming that his birthday wasn’t a “big deal.”

The Red Notice actor then admitted that his gift was a touch unique compared to other times, saying, “Truth be told, I didn’t give him a gift; instead, at one in the morning, I sent him a video, opened a brand-new bottle of tequila, said, “This is for you,” and made a toast. I thus gave him anything.”

Johnson, however, also revealed that despite Hart’s allegation to the contrary, he did not give him anything for his 50th birthday in May. The actor made a joke, “I got nothing from him. finest pals.” The pair is well-known for their online brotherly banter since they constantly demonstrate to the public how close they are.

Hart said, “We’re really happy to be able to have this relationship, and not only have the relationship, but allow the friendship to shine on and off camera,” in response to a question about working with the former WWE star.