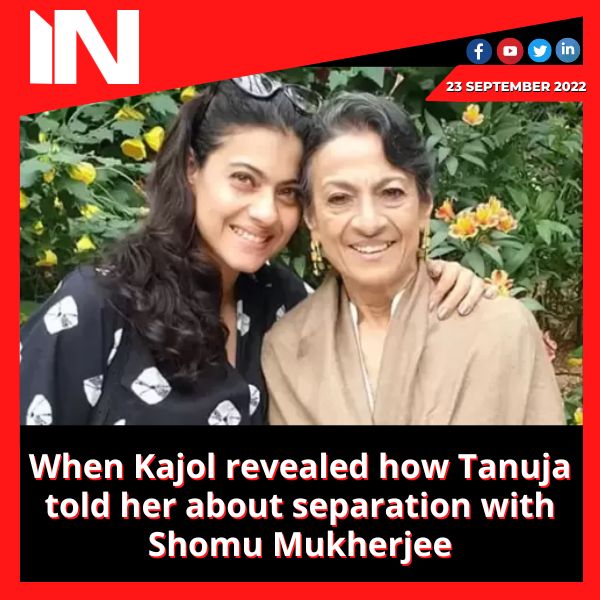 On Friday, seasoned actor Tanuja turns 79. The actor is also the mother of actors Kajol and Tanishaa Mukherjee. She has appeared in successful films like Haathi Mera Saathi, Do Chor, and Anubhav. Kajol mentioned how Tanuja always treated her with respect and like an adult during an interview with Hindustan Times last year.

I never had a rebellion as such with my mum, she stated while describing her parenting approach. She is amazing, so we had the most wonderful connection. She gave me clear explanations for everything she did in my life and said in decisions that she made. Tanuja went so far as to give her reasons for divorcing Shomu Mukherjee. “Whether it was the divorce of my parents, starting to work, or being a working woman. She sat down, talked with me, explained it to me, and waited for me to comprehend, make sense of it, and accept it before getting up from her chair and declaring, “Discussion over,” whatever the major events in my life “Kajol quoted her mom.

She stated, “My mother and I have always had the best relationship, and it has only gotten better over time,” in a different interview with HT. We don’t talk about whether or not I ought to act in a movie. Since I was 16 years old, I have always made this decision alone. When asked about her advise, she remarked, “My mother gave me a lot of advice, but I didn’t pay any attention to it until I ran into a problem. At that point, her advice would ring in my ears at the perfect moment, and I would know what the appropriate thing to do was. I didn’t pay attention to anything until I needed it.

However, Tanuja claimed in an interview with Scroll that she never gave counsel to her daughter. “I have brought up my daughters. They received no counsel from me. I taught them. That is a distinct matter. Teaching children to think independently, to be independent, to be who they are or who they want to be, is the mother’s responsibility. They can decide that. If I teach them the right ideals of life, it’s their life, not mine,” she remarked. The fundamental principles of Hindu culture are to respect your elders, be kind, compassionate, gentle, and learn to define your own boundaries.

Simply put, whatever decisions you make are your responsibility. Therefore, consider your options carefully before making one, and then live with the results of your decision, she continued.