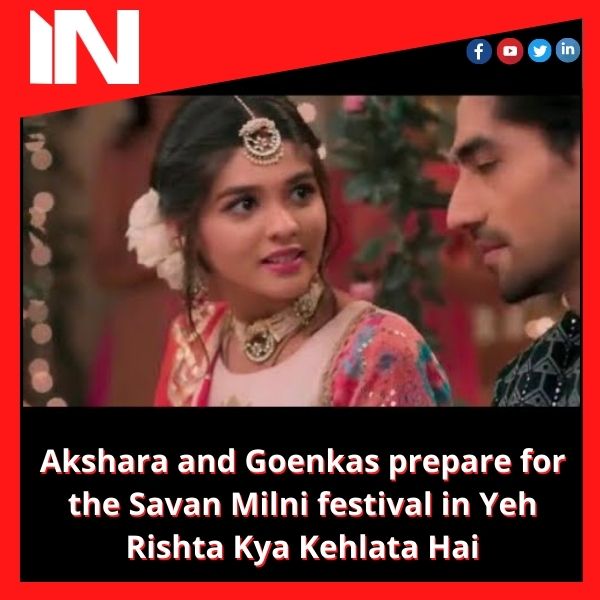 While the Goenkas prepare for the Savan Milni festival, Akshara and Abhimanyu are concerned about seeming normal in front of their relatives. As Akshara and Abhimanyu’s feud continues in the new episode of Yeh Rishta Kya Kehlata Hai, we will see more tension in the Birla family. To learn more, keep reading this article.

The Goenka family was shown preparing for the Savan Milni festival in the previous episode. The family is overjoyed to be able to invite Abhimanyu and his family to the celebration, but Akshara is concerned. She understands that, even if they ask him, Abhimanyu may or may not show up after the massive battle. Suhasini and Akshara, on the other hand, meet Abhimanyu at the market by chance as they go shopping. Suhasini extends an invitation to Abhimanyu to attend the event. He tries unsuccessfully to refute it. Soon after, he discovers that even Akshara tried to avoid asking him to the party. This infuriates him, and he decides not to go.

It appears like the web of misconceptions between them is tightening and that nothing will be resolved very soon. Manjari receives the invitation from Suvarna at home and accepts it right away. Shefali and Parth also decide to join her. Despite the fact that the Birla family accepted the offer, Akshara is still concerned about Abhimanyu’s participation. Aarohi observes her anxiety and inquires whether everything is okay. She tries to persuade her that their relationship is fine, but Aarohi refuses. Continue reading to find out if Abhimanyu will attend the event for Akshara or if Aarohi’s fears are realised.

Abhimanyu has become estranged from Manjari since she refused the divorce. Harsh continues to hold her responsible for his dismissal from the hospital. Manjari is alone at this crossroads, and even Akshra has left the house. Manjari is attempting to keep the family together, but the family is disintegrating. This event has been a boon to her because it has given her the opportunity to reunite Abhimanyu and Akshara.

She travels to the hospital to prepare Abhimanyu for the event, but he refuses to go. Manjari tried to persuade him, but all she received was rage and disappointment in return. Abhimanyu is still furious with her for not divorcing Harsh and lying to him about Neil. Is he ever going to forgive her? It may appear difficult at the moment, but how can Abhimanyu remain enraged at his mother for long? He will return to both Manjari and Akshara in the near future, but there will be a lot more drama in the meanwhile, and we will keep you updated.

Abhimanyu’s absence from the function in the forthcoming episode will strengthen everyone’s worries regarding his relationship with Akshara. Akshara will be concerned about their marriage’s future, but Abhimanyu will astound everyone with his stunning entrance. To learn more, keep reading HT highlights.

Shilpa Shetty’s flick Nikamma opened at half a crore on its first day at the box office.