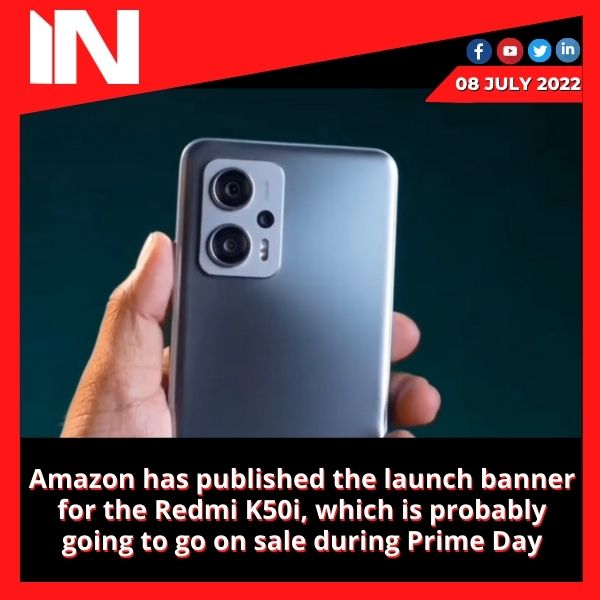 The launch date of Xiaomi’s next Redmi K50i smartphone has already been announced. As part of its Prime Day debut, Amazon made the launch banner live in advance of the launch. Additionally, it is confirmed that in addition to other retail outlets, the handset will be offered on the Amazon India website.
The smartphone’s launch banner, which confirms that the device will be on sale on July 20, is currently active. The Redmi K50i launch banner also includes the phrase “Prime Day Launch,” indicating that the phone may be made available for purchase during the next Prime Day Sale, which is set to take place on July 23 and July 24, 2022.

The Redmi K50i will be a rebranded version of the Redmi Note 11T Pro, which was released in China earlier this year, according to prior leaks and rumours, despite the launch banner of the device offering no additional information about the smartphone.
According to the sources, the device would probably have a 6.6-inch FHD+ display with a 144Hz refresh rate and compatibility for Dolby Vision. The Mediatek Dimesity 8100 5G chipset with up to 8GB RAM and 128GB storage is anticipated to power the smartphone.
The phone is also said to have a 64MP primary camera, as well as an ultra-wide and macro lens.