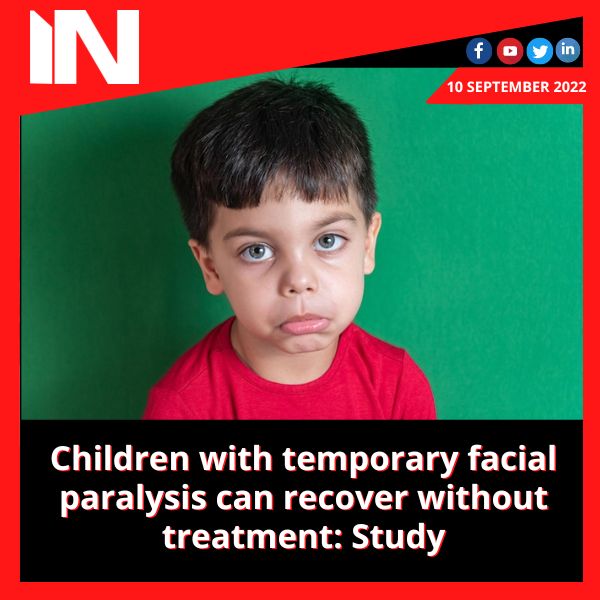 A recent study found that the majority of children with a syndrome that temporarily paralyses or weakens the facial muscles recover without the need of medication within six months.

According to studies conducted by the Murdoch Children’s Research Institute and published in Neurology, prednisolone had no appreciable impact on a child’s ability to recover from Bell’s palsy.

While research on adults with Bell’s palsy had indicated that administering steroids helped to decrease facial nerve swelling and temporal bone damage, Franz Babl, a professor at Murdoch Children’s Hospital, highlighted that no comparable studies had been carried out on children.

The randomised-controlled study included 187 Bell’s palsy patients who visited EDs between the ages of six months and 17 years. The investigation was carried out in 11 EDs using sites provided by the Paediatric Research in Emergency Departments International Collaborative (PREDICT) research network in Australia and New Zealand. Within 72 hours of the onset of symptoms, they were enrolled, and for 10 days, either prednisolone or a placebo was given to them (no active drug).

Recovery rates were 49% after one month, 90% after three months, and 95% after six months in those who received prednisolone. The most frequent negative effects were short-term behavioural changes and an increase in hunger. Throughout the experiment, no harmful side effects were identified.

Bell’s palsy, which causes the lower half of the face to droop, is the third most common disorder in children causing a sudden change in nerve function. Although the precise cause of facial paralysis is frequently unknown, it could be related to a viral infection.

Professor Babl claims that while the use of steroids in children with Bell’s palsy has not been established, other therapeutic modalities have been used. General practitioners, emergency department doctors, and paediatricians may be better able to have informed discussions with affected families if they are aware that early prednisolone medication doesn’t speed up recovery.

Hip fractures will double worldwide by 2050