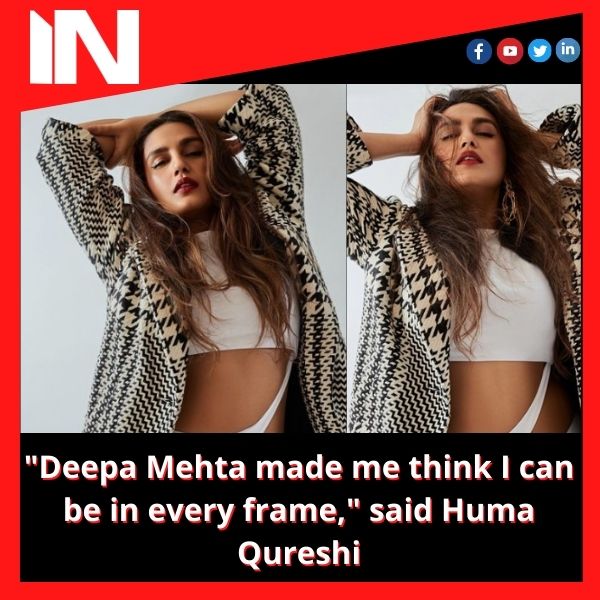 According to Deepa Mehta, Huma Qureshi was the one who gave her the assurance that she wouldn’t “bore the audience.” On the Netflix series Leila, in which she played the title role, Huma collaborated with Deepa.

The first two episodes of Leila were directed by Deepa. For the six-part series, Urmi Juvekar adapted the Prayaag Akbar novel from 2017. In a dystopian setting, it followed the story of a mother’s quest for her missing child.

Speaking to ETimes, Huma remarked, “My perspective altered significantly after I collaborated with Deepa Mehta on the programme Leila. Such a turning point, that. the maine khoon chakh (I tasted blood). The satisfaction of project leadership is both intimidating and empowering. She then gave it to me. I now think I can carry a whole concert and be in every frame without boring the audience, thanks to Deepa. She persuaded me that I was capable of doing it. You seize the moment when an opportunity arises. She added that the project gave her the opportunity to collaborate with notable Hollywood figures like Zack Snyder. Huma made her Hollywood debut in Army of the Dead alongside Zack.

After Leila, Huma stated, “This is Huma Qureshi 2.0,” adding that she has received several good projects in which she had the lead role. Without coming off as conceited, I want to refer to it as that. I have changed from the person I used to be. I’m making an effort to act differently. The more brave you become as an actor, the more this business and the public appreciate you.

Tarla’s filming was recently finished by Huma Qureshi. Tarla Dalal is the subject of this biopic, which was directed by Piyush Gupta, a rookie. The Tarla Dalal Show and Cook It Up With Tarla Dalal are two well-known cooking-related TV programmes that Tarla hosts.

In addition, she authored several cookbooks and received the Padma Shri in 2007. In 2013, she passed away at the age of 77. Ronnie Screwvala, Ashwiny Iyer Tiwari, and Nitesh Tiwari are responsible for Tarla’s production.

Sonakshi Sinha appears in Huma’s upcoming film Double XL as well. Additionally, she is completing the second season of her SonyLIV series, Maharani, as well as the Netflix feature Monica O My Darling starring Vasan Bala.

Advertisement
Related Topics:deepamehtaeveryframehumaqureshi
Up Next

In addition to expressing happiness over Sonam Kapoor’s pregnancy, Harsh Varrdhan Kapoor admits he is “not good with kids.”