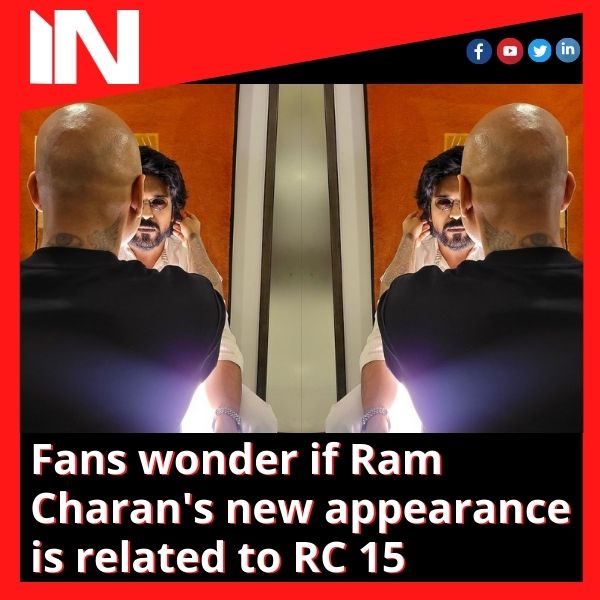 RC 15 is the first time Shankar and Ram Charan have worked together. He will reportedly portray an IAS officer with anger management issues in the film. In the movie, Kiara Advani plays his co-star.

Aalim posted a brand-new image of Ram Charan and captioned it, “For Our Super Duper @alwaysramcharan. A new vibe, new hair, and a new appearance.

“RC 15, it’s going to be lit,” one fan wrote. “The most Handsome Hottest Man of the world (sic),” another devotee said. Another person said, “Just a Matter of Time!! He is about to provide something brand-new to us with the performer known as Showman #RC15 #ManOfMassesRamCharan.

Ram spoke with the Border Security Force soldiers while the team was finishing up their schedule in Amritsar in April. At the Golden Temple, he also coordinated langar.

Prior to the project’s official launch in July 2021, Ram Charan visited Shankar at his home in Chennai. For being such gracious guests, Ram Charan complimented Shankar and his family. Had a fantastic day yesterday in Chennai! You and your family, @shanmughamshankar Sir, are wonderful hosts, and we appreciate you. awaiting #RC15 with interest. Updates coming soon (sic),” Ram Charan stated in a post on Instagram.

The score for the action-thriller RC 15 is by S.S. Thaman. Soon, the remaining members of the cast and crew will be decided.