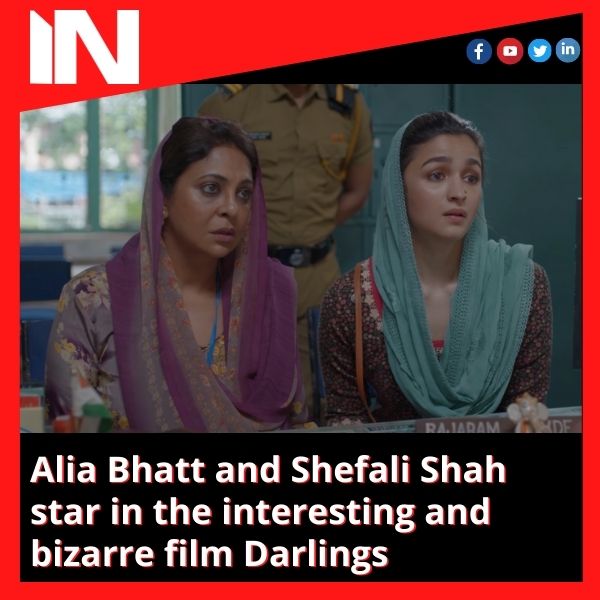 In the teaser, Alia and Vijay Varma have a cute moment together, and after some flirting, the two get married with Shefali Shah, Alia’s mother, as their witness. However, things quickly get worse as suspicions, lies, and evil purpose engulf everyone.

The spooky story Alia tells about a frog and a scorpion and how a predator would never compromise their true nature serves as the backdrop for the entire trailer. In the video’s closing moments, Alia transforms into a bombshell as the scorpion tale is told.

It’s only a tease, darlings,” Alia commented on Instagram after posting the video. arrival on August 5th. The teaser and her work both wowed her fans. Alia Bhatt is literally on fire right now. Her filmography is incredibly extensive, especially given how young she is. She is undoubtedly one of this generation’s most brilliant and accomplished actors, according to a commenter on the video’s YouTube page. What a captivating teaser. Many suspenseful events are still to come, said another.

On August 5, Darlings will be released. Veteran poet Gulzar wrote the rhymes for the movie, and filmmaker-composer Vishal Bhardwaj wrote the music.

Speaking on Darlings, Alia had previously said that she has a special place in her heart for the movie. “This is my first movie as a producer, and it’s for Red Chillies. In a statement, the actor added, “We are extremely thrilled and proud of how the film has turned out and we hope it will entertain and engage people everywhere.

In addition to this, Alia has the Farhan Akhtar-produced film Jee Le Zaraa, starring Priyanka Chopra and Katrina Kaif. Along with Gal Gadot in Heart of Stone, she will also make her Hollywood debut. She is currently filming the movie overseas.

After 20 years as Miss India, Neha Dhupia receives a note from Dia Mirza