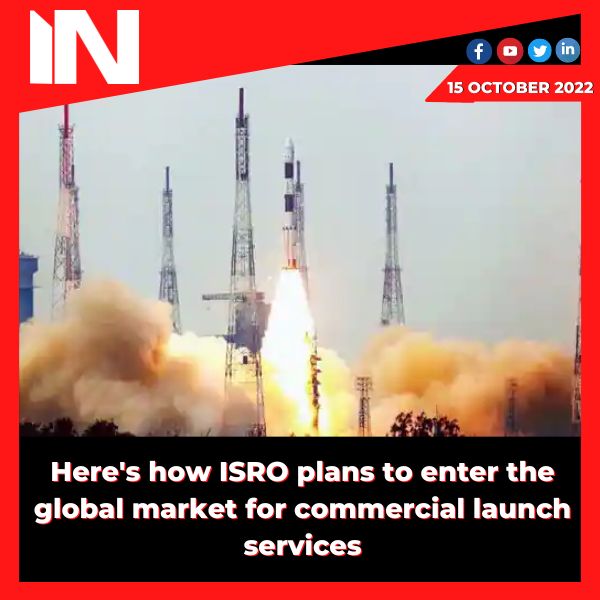 On October 23, 2022, the Indian Space Research Organization (ISRO) will launch its largest rocket, LVM3, carrying 36 satellites for the British startup OneWeb Broadband Communication Satellites. The launcher’s introduction into the world market for commercial launch services would be marked by this, according to the news agency PTI.

According to the Indian Space Research Organisation (ISRO), which has its headquarters in Bengaluru, the launch of the “LVM3 – M2/OneWeb India-1 Mission” is slated to occur at 0007 hours IST on October 23 (midnight on October 22).

“Assembly of the cryo stage and equipment bay (EB) is finished. The vehicle houses and assembles the satellites. Final car inspections are being conducted “, as reported by PTI.

For the purpose of launching OneWeb LEO Broadband Communication Satellites on board the ISRO’s most powerful launcher, LVM3, NewSpace India Limited (NSIL), a CPSE under the Department of Space and the commercial arm of the ISRO, has signed two launch service contracts with M/s Network Access Associated Limited (M/s OneWeb), of the United Kingdom.

“This agreement with M/s OneWeb represents a significant historical turning point for NSIL and ISRO as LVM3 enters the market for global commercial launch services. One LVM3 from the Satish Dhawan Space Center will launch 36 satellites into orbit as part of the Contract, according to ISRO.

OneWeb is a global communications network that connects governments, companies, and communities. It is powered by space. It is putting in place a constellation of satellites in low Earth orbit. Bharti, an Indian company, is a significant investor and shareholder in OneWeb.

The second launch pad at the Satish Dhawan Space Centre, SHAR, has been completely integrated with two solid strap-on boosters and a liquid core stage of LVM3. After the health checks were successfully completed, the dispenser unit was built together with the integration of 36 OneWeb satellites.

The launch vehicle’s cryogenic upper stage will be integrated in the upcoming days, as well as the payload fairing with its 36 satellites.

As it moves toward providing high-speed, low-latency communication services all across the world, OneWeb stated in a statement that with this launch, more than 70% of its intended “Gen 1 LEO constellation” will be in orbit.

According to OneWeb, a further launch will occur this year, and three more launches are planned for the beginning of next year to complete the constellation.

Shefali Shah discusses her obsession with Sridevi and her memories of emulating the late actor: I was told that I resembled her.