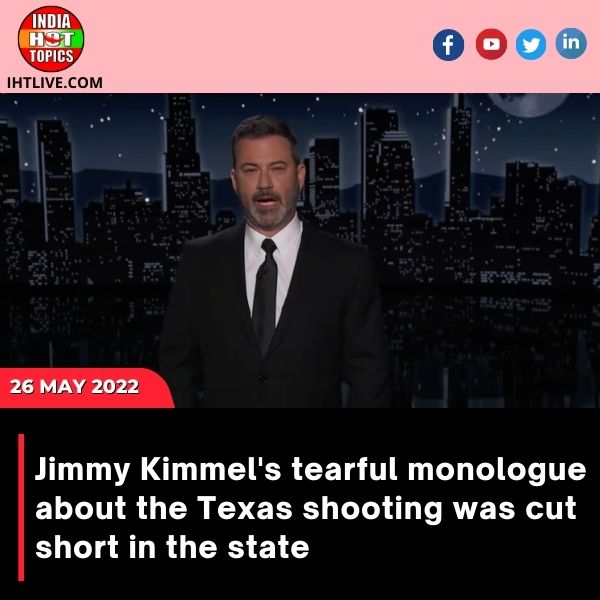 A gunman opened fire in a Texas elementary school on Tuesday, causing yet another tragic mass shooting in the United States. Celebrities and regular people alike have expressed their displeasure with the incident, which has sparked debate about gun control and mass shootings in the United States. Jimmy Kimmel, the host of Jimmy Kimmel Live, addressed the incident in his opening monologue on Wednesday. However, the monologue was cut short by a Texas network, prompting speculation that it was done on purpose.

Officials said an 18-year-old gunman opened fire at a Texas elementary school on Tuesday, killing at least 19 children as he moved from classroom to classroom. It was the deadliest school shooting in nearly a decade and the latest gruesome moment for a country scarred by a string of mass shootings. Law enforcement shot and killed the assailant. Two adults were also killed, according to authorities. One of the two, according to Governor Greg Abbott, was a teacher.

Jimmy began his monologue without the studio audience on Wednesday in an unusually quiet manner. “Once again, we grieve for the little boys and girls whose lives have been cut short and whose families have been destroyed,” the comedian said through tears. While our right-wing leaders, members of Congress, Fox News, and other media outlets warn us not to politicise this, we must. They slam our president for even mentioning that something should be done to stop it. They don’t want to talk about it because they are aware of what they have done and what they haven’t done. And they’re well aware that it’s unjustifiable, so they’d rather sweep it under the rug.”

Jimmy slammed the leaders, calling them ‘cowardly,’ and saying, “Our cowardly leaders just aren’t listening to us.” They’re paying attention to the NRA and the people who write them checks to keep them in power. That’s the way politics works.”

Jimmy tweeted that he later learned from viewers and other feedback that his monologue, in which he also criticised Texas Governor Abbott, had been cancelled by a state television network. “To my friends in Dallas who are asking: I do not know whether our ABC Network affiliate WFAA cut away from my monologue tonight intentionally or inadvertently,” Kimmel tweeted, adding his full monologue to the post for those in Dallas who “didn’t get to see.”

“Kimmel’s six-minute monologue was cut short by a string of commercials, beginning with an in-house WFAA/Ch. 8 news spot,” according to the Fort Worth Star-Telegram. Before cutting back into the end of the monologue, which Kimmel used for a three-minute Everytown.org commercial, the ABC affiliate played a few more commercials. The organization’s goal is to implement ‘evidence-based solutions’ to reduce gun violence.”

WFAA, a network that broadcasts ABC shows in Texas, cut the telecast. WFAA’s director of digital content, Peter Freedman, responded to Jimmy on Twitter, saying that “they were on the same team.” “We’d made the decision earlier in the day to extend our 10 o’clock news to include extra Uvalde coverage in our broadcast, it had nothing to do with your monologue,” he said, claiming that the decision to cut the segment was made in advance. We’re both on the same side.”

Jimmy received a tweet from the network apologising for his actions. “Please accept our apologies for the technical difficulties we experienced last night. “You can find a full explanation of the technical issues, as well as your entire monologue, here (link),” their tweet read.

Priyanka Chopra, Taylor Swift, Jennifer Aniston, Selena Gomez, and Matthew McConaughey, among others, had previously expressed their sadness and anger over the tragedy.

Advertisement
Related Topics:JimmykimmelmonologueshootingshortstateTexas
Up Next

Rakhi Sawant claims her boyfriend Adil Khan bought her a property in Dubai and gave her a BMW: ‘His affection is sincere.’ 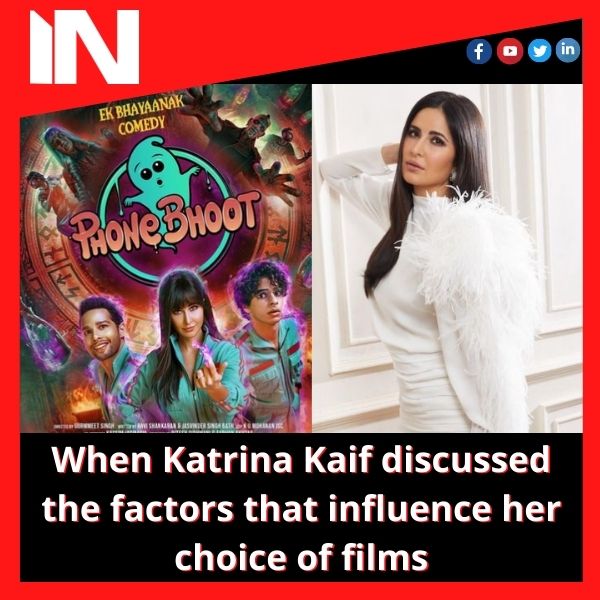