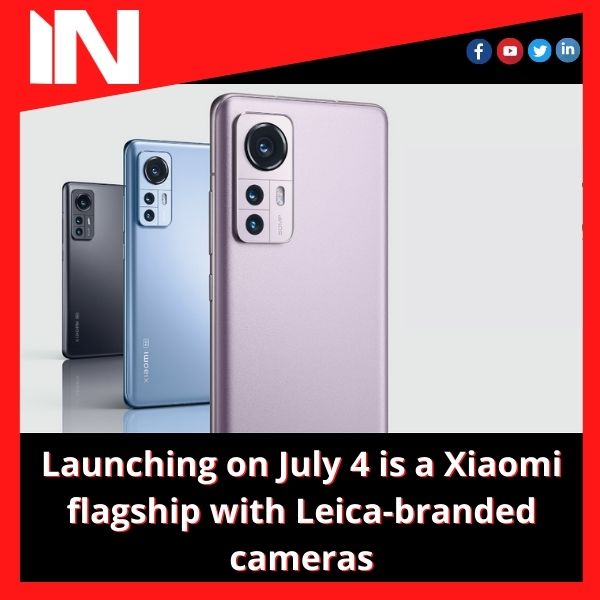 Since March 2022, a number of reports have circulated regarding a potential partnership between Xiaomi and German lens manufacturer Leica. When Xiaomi finally announced a cooperation with the German brand in May 2022, the rumours eventually came to pass. The first Xiaomi smartphone with the Leica branding should be anticipated around July of this year, Xiaomi said around the same time.

Lei Jun, the founder and CEO of Xiaomi, announced on Twitter that the first of these Leica-branded smartphones will be introduced on July 5, 2022, less than a week from now. It appears that Xiaomi plans to introduce a number of Xiaomi 12S series devices, all of which will have the Leica logo.

In the weeks following their official debut, all of the devices Xiaomi reveals on July 4 should experience a wider international rollout. A list of nations where these gadgets are anticipated to go on sale has not yet been made public by Xiaomi officials.

Regarding the upcoming Xiaomi 12S series of gadgets, Xiaomi has been fairly mum. Additionally, it has been challenging to find leaks using these novel gadgets. That is essentially all that has been officially disclosed about the Xiaomi 12S up to this point, according to Lei Jun’s tweet, which also includes a close-up image of what appears to be one of the camera lenses on the smartphone.

According to rumoured specifications, one of the Xiaomi 12S lineup’s handsets will be a flagship smartphone running on the new Qualcomm Snapdragon 8 Plus Gen 1 SoC. Additionally, the phone will include 256GB of internal storage and up to 12GB of RAM. The phone will probably have a 120Hz display in addition to 120W fast charging capability. Devices from the Xiaomi 12S lineup will debut with MIUI 12, an Android 12-based operating system, as well.

Set your alarm for 7 a.m. ET on July 4, 2022, if you want to watch the event live. According to Alvin Tse, the inaugural event will be translated on the spot for an international audience even though it will be televised in Chinese.

According to research, India will probably sell 1 million foldable smartphones by 2026 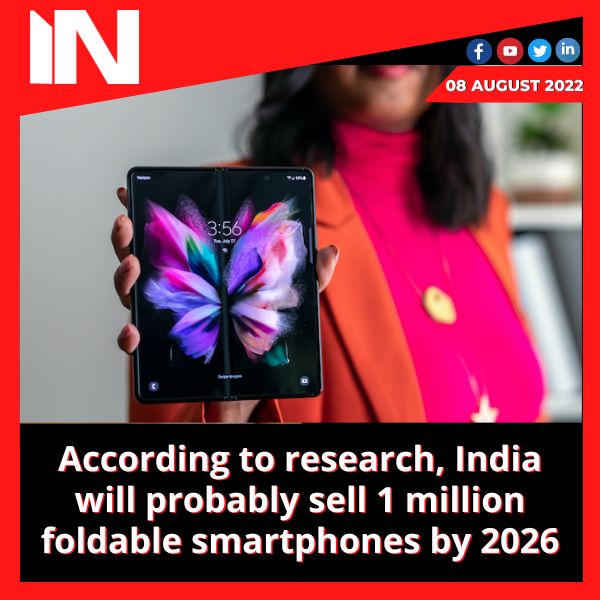 According to new data released on Monday, India currently sells close to 3,000 units of foldable smartphones annually, with sales expected to reach 10,000 units by 2026.

According to market research firm CyberMedia Research, the number of foldable smartphone shipments in the nation is predicted to increase 20 times by 2026, or by approximately 64% CAGR (CMR).

With Samsung at the forefront, sales of foldable phones have increased four times since 2020 in the nation, with the Fold device capturing 61% of the market and the Flip model reaching 39%.

According to TM Roh, President and Head of Mobile Business at Samsung, this rapid growth will persist.

You “will see that the impact of our innovation is not only about what technology can do,” he claimed, referring to the upcoming “Galaxy Unpacked” event on August 10.

The Galaxy Z Flip 4 and Galaxy Z Fold 4 next-generation foldable smartphones are anticipated to be unveiled at the online “Galaxy Unpacked” event.