Messy debate ends with dire warning from Trump : ‘This is not going to end well’

The United States embarrassed itself before the world for nearly 100 minutes with a “Presidential debate” that was akin to mud-wrestling. Incumbent President Donald Trump walked all over the Democratic challenger Joe Biden with frequent, hectoring interruptions that often left the latter befuddled.

But Trump was not necessarily the winner; nor Biden the loser. It would be fair to say both men lost. America lost. Biden did his best to put together a coherent answers to questions about the coronavirus pandemic, the economy, the conduct of elections and other topics, but faced with Trump’s incessant interruptions, he lost composure more than once, calling Trump among other things “a clown” and once telling him “will you shut up, man?”

The host, Fox News’ Chris Wallace was also a victim of Trump’s bullying and lost control of proceedings several times, allowing the President to hog airtime. The major take out from the debate was dire: Trump essentially reaffirmed that he will not accept the results of the elections if it goes against him when all ballots are counted. “This is not going to end well,” he said ominously. 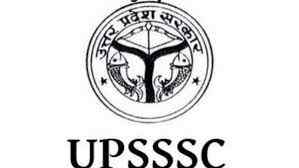