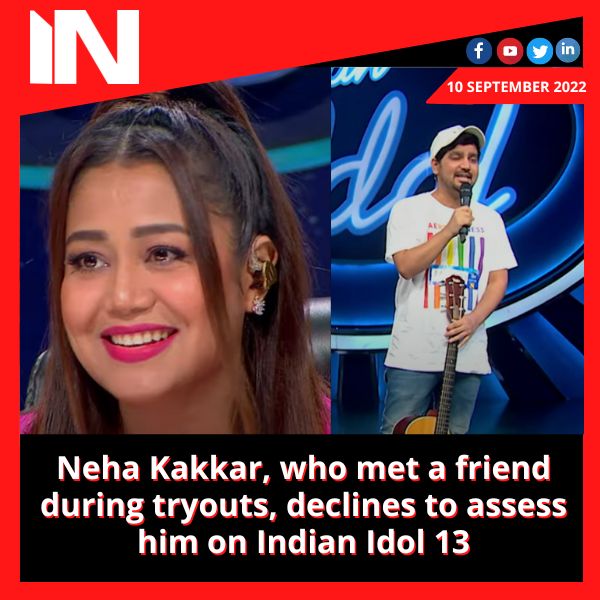 Neha Kakkar is back on television this season as one of the three judges on the music competition Indian Idol. In a commercial for the show, which premieres on Saturday, Neha is seen running into her old acquaintance Vineet Singh in the audition process. But before he finally persuaded her to go through, she refused to judge him.

In the trailer, Neha is seen looking astonished as Vineet Singh, a musician from Lucknow, enters the stage carrying a guitar. Vineet had gone on a show where he became the star, as Neha explains after speaking with him: “Usse pahle Vineet Singh aaya tha ek show par, aur wo us show ka star bana tha. To main to judge nahi kar sakti aapko.”

She finally begs him to sing, saying, “Vineet, tu ga de (sing Vineet, sing),” after Vineet persuades her, stating, “Neha has come to this level with her hard work; I want her to assess me.”

As a young child, Neha used to perform at religious gatherings. Before becoming well-known as a playback singer, she had also competed in the second season of Indian Idol. She is currently one of the most popular singers in the Hindi cinema industry.

One of the three judges for the reality show will be Himesh Reshammiya, along with Neha Kakkar and Vishal Dadlani. Every Saturday and Sunday at 8 p.m., Sony will now broadcast Indian Idol.

On the anniversary of Sidharth Shukla’s first passing, his family joins a prayer gathering