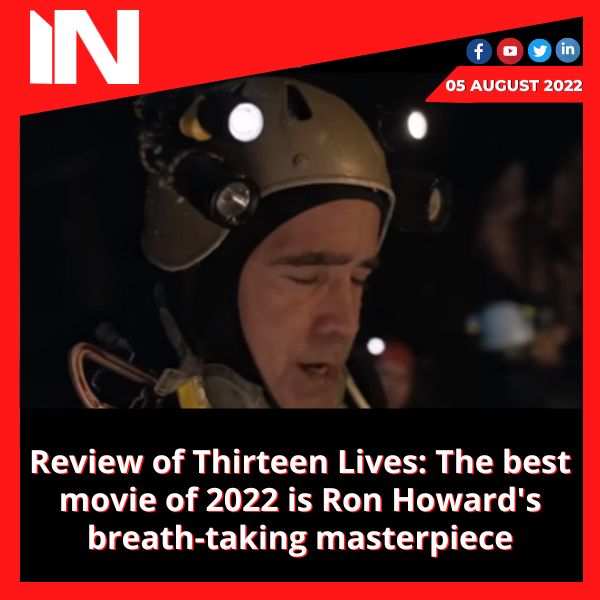 Ron Howard is an expert at creating dramas about survival. Anyone who has seen Apollo 13 will recall how masterfully and terrifyingly he rendered the situation’s hopelessness and claustrophobia. Well, believe it or not, he does it again in Thirteen Lives, and in my opinion, he does it even better this time. The ferocity of water has taken the place of space’s vacuum, but the same tension, thrill, and tense anxiety are still present. The seasoned director demonstrates unequivocally that good movies can be made without big budgets, special effects, or superheroes. One need only provide a good plot and a formidable cast to produce a masterpiece, which Thirteen Lives truly is.

The 2018 Tham Luang cave rescue, in which 12 kids and their football coach were imprisoned for three weeks in a flooded cave in Thailand, served as the inspiration for the movie Thirteen Lives. The children were trapped for days despite the Thai military’s best efforts, and it took the efforts of experienced cave divers from the UK and Australia to finally reach and save them. The movie, which debuts on Friday, August 5, on Amazon Prime Video, retells the tale of this extraordinary rescue from the viewpoints of the divers, the kids and their families, and the helpless local authorities.

I’ll admit that when I first heard about the movie, I had some reservations. It is very simple to turn a movie about a tragedy in the Third World into a “white saviour” story by casting white actors in it. But Ron Howard skillfully stays away from that. He emphasises the importance of local government and residents while treating the narrative and the nation with the utmost sincerity and respect. The story involves four regular men who helped a community save its children, not four white men showing some Thai people how to do their jobs.

The only thing that might work against it is that it runs for almost two hours and a half, which is about 15 to 20 minutes too long. Even though it takes more time to fit in so many scenes and stories, a little bit more suspense would have been added to the movie.

Colin Farrell and Viggo Mortensen as divers The focus of the movie is on Richard Stanton and John Volanthen. The two divers were instrumental in the rescue because they found the children and, together with Richard Harris (Joel Edgerton), came up with a plan to get them out. More impressive than any prosthetic-laden performance they have given is the two actors’ transformation into these skilled cave divers, who carry the entire movie on their shoulders.

The Thai actors, however, are the show’s real stars in my opinion. Governor Narongsak Osatanakorn, played by Sahajak Boonthanakit, and General Anupong Paochinda, played by Vithaya Pansringarm, steal the show. Despite their differences, these two men must cooperate to protect the children. The villagers in the area and the families of the children all put in strong performances as the supporting cast.

The fact that nearly half of the movie is in Thai presents a significant challenge for the director, who neither speaks nor understands a word of it. Nevertheless, he was able to accurately capture minor details like the dialect, demonstrating his attention to detail and dedication to realism.

Advertisement
Related Topics:breathFeaturedhowardlivesmasterpiecemoviereviewron
Up Next

Three years after experiencing a “rare kind of vasculitis,” Ashton Kutcher claims to be entirely recovered

Stunning in a desi kurta and dupatta, Emma Thompson stars in a Shekhar Kapur movie 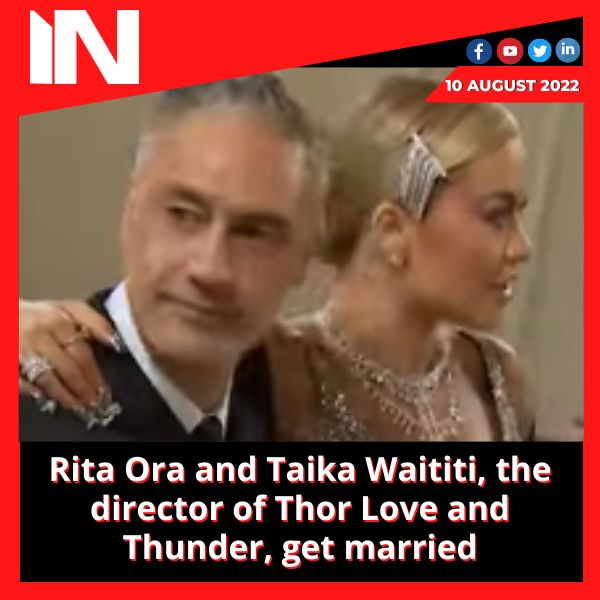 According to reports, Taika Waititi, a director best known for his work on the Marvel Cinematic Universe films Thor Ragnarok and Thor Love and Thunder, and singer-songwriter Rita Ora, have become husband and wife. Following their appearances together at events last year, the two initially sparked romance rumours.

E! News has officially confirmed the couple’s marriage. Most information about their secret wedding is unknown. Rita shared a photo of Taika and them cuddling in April 2021, which was the first time anyone had seen them together. “Happy memories and sporadic items on my phone. and my beloved ones.” At the time, Rita had captioned a collection of images, one of which showed Taika with his arms.

But it wasn’t until August that the two made their relationship public by walking the red carpet together at the Los Angeles premiere of Suicide Squad 2. A subsequent appearance at the Met Gal in September and the Marvel’s Eternals premiere in October followed. Rita was specifically mentioned by Taika in his social media post following the Eternals premiere.

However, despite the PDA on social media, the couple kept their relationship a secret from the media. When asked about their relationship in September 2021, Rita reportedly responded, “I’m in a great place in my life. That’s all I have to say on the subject.

Taika Waititi, a New Zealander, has directed critically acclaimed movies like Hunt for the Wilderpeople and Jojo Rabbit in addition to his MCU blockbusters. In the latter, he also played a fictional Adolf Hitler. Taika previously wed Chelsea Winstanley in 2011, and they were married for four years. Te Kainga o te Hinekahu and Matewa Kiritapu are their two daughters.

Rita, whose parents were Albanian and she was born in what was then Yugoslavia, rose to fame in 2012 with the song Hot Right Now. Since then, she has created two studio albums and numerous singles, many of which have achieved chart-topping success.