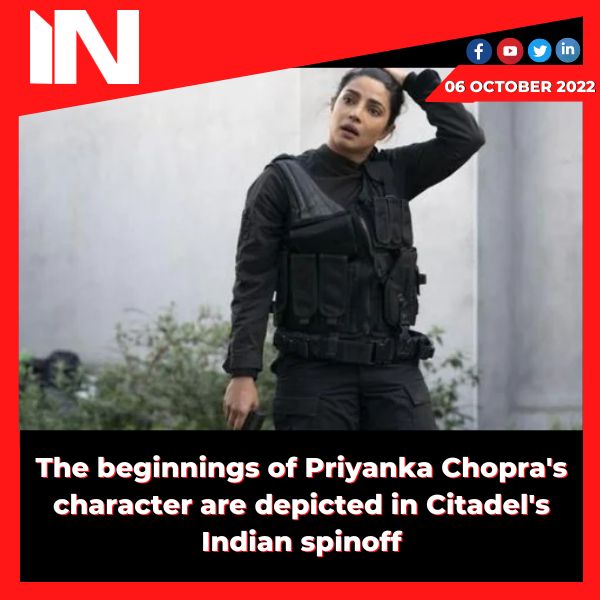 The Citadel, starring Priyanka Chopra and Richard Madden, will have spinoff shows in India, Mexico, and Italy. The Russo Brothers directed the Prime Video series, which is billed as a “huge global spy thriller.”

In a recent interview, Amazon Studios president Jennifer Salke discussed Priyanka Chopra’s new web series Citadel. She made hints about how the international series and its Mexican, Italian, and Indian satellite shows will develop the Citadel universe with a constant cast of characters and plots.

In the interview, Jennifer was questioned about how Amazon Studios was investing in local-language creation of material intended for certain countries outside the US, aside from major worldwide hits like The Lord of the Rings, The Boys, and Jack Ryan. In response to the query, Jennifer suggested that Citadel will not only create its own universe but also act as the main show for spinoffs that would feature numerous international agents doing missions in their various nations.

We place a high value on regional and local programming. We’re making significant investments in the Russo Brothers’ Citadel. It’s a major international [spy thriller]. The first three episodes I’ve watched. The entire premise of that programme is to present a worldwide story using independent local programmes that contribute to the plotlines and provide more information about particular characters. Therefore, Priyanka Chopra’s character will be given more context in a programme that is based in India and has a famous star and showrunners there who are employed by Citadel. The same is being done in Italy as well as in Mexico. At an international Citadel meeting we held [at the Culver City headquarters of Amazon Studios], we screened some of the Joe and Anthony [Russo] video. So, as Variety reported, “we’re experimenting with stuff like that.

Citadel, a worldwide spy drama from the Russo brothers, has Amazon Studios’ support. Along with Stanley Tucci from Hollywood, the seven-episode series stars Priyanka Chopra and Richard Madden, best known for his work on Game of Thrones. Citadel has been in development for a while, but the release date for the series has not yet been disclosed.

Priyanka said earlier in June that the filming for her next series has come to an end. She released a film of herself driving around with her dog on Instagram Reels, along with other special scenes from the Citadel sets. In her caption, she had said, “And it’s finally a wrap! We appreciate everyone who helped make this enormous undertaking possible and enjoyable. Regards, Atlanta. I’ll see you later.

A replica of the Adipurush poster, claims the animation studio What a shame

At the puja pandal, Kajol and Rani Mukerji dress in Bengali sarees for sindoor khela.