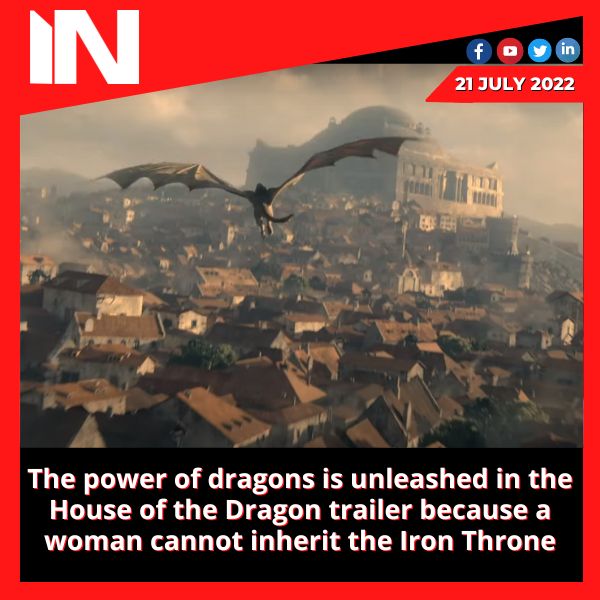 King Viserys Targaryen (Paddy Considine) speaks of his desire to see the successor of his choosing seated on the Iron Throne at the beginning of the trailer. The first contender is his first-born daughter Rhaenyra (Emma D’Arcy), although “no queen has ever sat the Iron Throne.” Others desire Daemon Targaryen, Viserys’ brother (Matt Smith), to be the heir. In order to be the mother of the kid who could become the new heir, the king’s new bride also enters the picture. In another scenario, Daemon interrupts Viserys as he is about to announce the identity of his new successor, saying, “I am your heir.”

In the trailer, Rhaenys Targaryen, Viserys’ cousin and the “queen who never was,” is heard declaring, “Rhaenyra’s succession will be disputed, knives will come out.” “A woman would not inherit the iron throne because that is the order of things,” she later says to others. When she becomes queen, Rhaenyra, who appears older, will establish a new order. There are several glimpses of dragons asserting their supremacy in the battle for the Iron Throne within all of this, as well as hints concerning the civil war.

House of the Dragon is based on RR Martin’s 2018 novel Fire & Blood. It is set two hundred years before the events of Game of Thrones and chronicles the beginning of the end of House Targaryen and the events that lead to the Targaryen civil war, known as the ‘Dance of the Dragons’. The first season premiering this August will have 10 episodes.

Fans predict that Nayanthara and Vignesh Shivan’s wedding documentary, which will soon be available on Netflix, “is going to be incredibly amazing.”