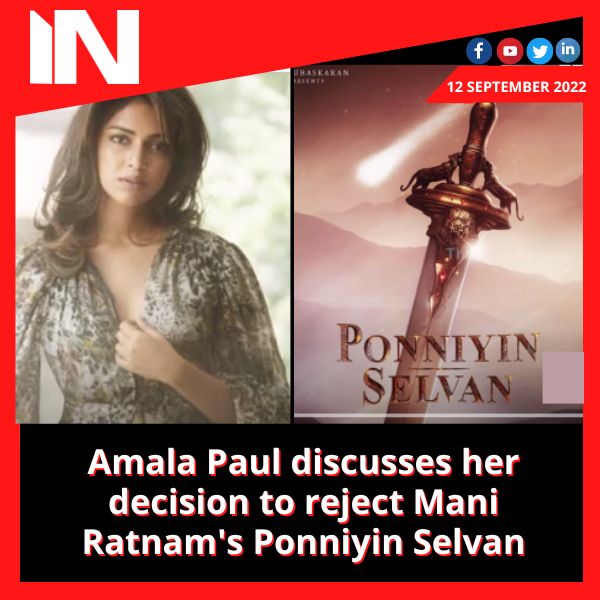 Amala Paul, an actor, has disclosed that she declined a role in Ponniyin Selvan, the impending masterpiece from Mani Ratnam. She stated in a recent interview that she doesn’t regret passing up the chance, adding that she wasn’t in the right frame of mind to take on the project. Amala agrees that certain things are perfect just the way they are.

The first instalment of Ponniyin Selvan is based on Kalki’s literary masterwork. The movie is almost ready to hit theatres on September 30. Aishwarya Rai, Vikram, Karthi, Jayam Ravi, Trisha, Sarath Kumar, and Aishwarya Lekshmi are among the actors who appear in Ponniyin Selvan.

Amala was asked about a movie she regretted passing up while juggling projects in various languages during an interview with Times of India. “So, Mani Ratnam sir gave me an audition for Ponniyin Selvan, and I was so looking forward to that,” she remarked. Being a major admirer of Mani Sir, I was incredibly anticipating it. And at the time, that didn’t take place. I felt incredibly let down and depressed.”

She added, “He then called me for the same project in 2021. And as I already mentioned, I was not in the right frame of mind to accept, so I had to decline. I won’t say I regret anything if you ask me because certain things are just meant to be. It’s beautifully constructed, and I think it’s just about how we look at.”

Recently, Amala appeared in the Malayalam suspense film Cadaver. With the film Cadaver, in which she portrayed a pathologist who aids police in apprehending a serial killer, she transitioned into production.

She most recently appeared in the Tamil anthology series Victim from Sony Liv. She participated in the Venkat Prabhu-directed episode and portrayed a carefree woman who has no reservations about living life on her own terms.

Rajinikanth poses with fan on set of Jailer, fans are jealous of ‘lucky kid’ 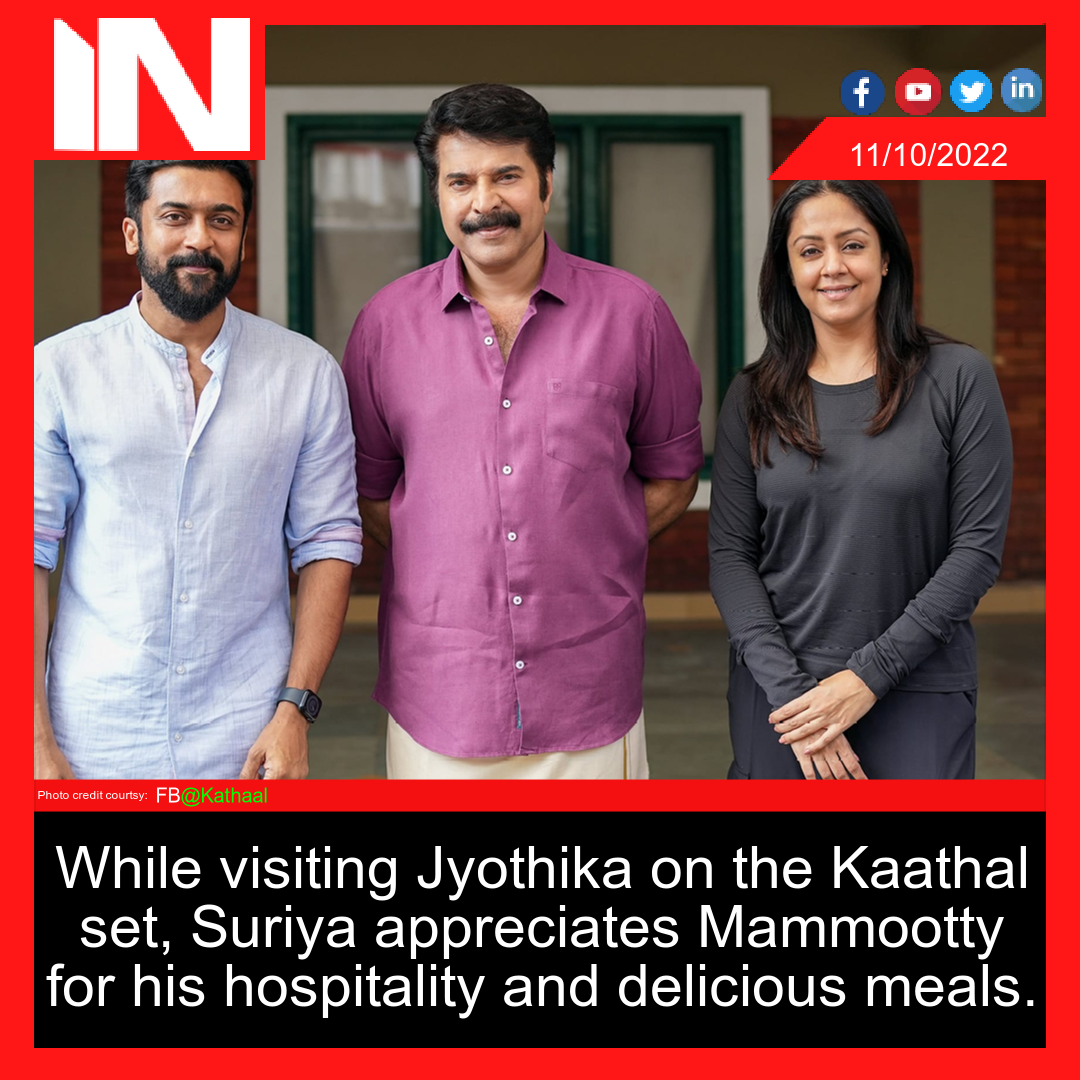 Suriya is one of the most popular actors in Tamil cinema. He is also well-known for his charitable work and his down-to-earth personality. Recently, Suriya visited the set of Jyothika’s upcoming film, Kaathal, in Chennai. While there, he had the opportunity to meet with Mammootty, who is one of the leading actors in Malayalam cinema. Suriya was very impressed with Mammootty’s hospitality and the delicious meals that he was served. In a recent interview, Suriya spoke highly of Mammootty and said that he is a very humble and talented actor.