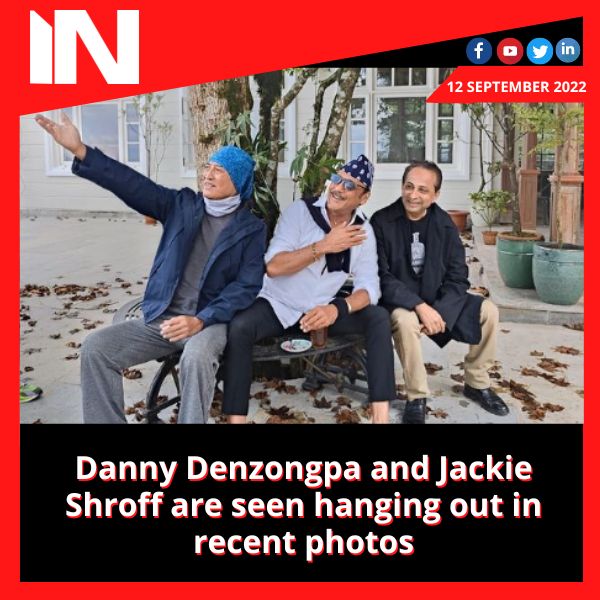 Ayesha Shroff posted images of her husband, actor Jackie Shroff, and Danny Denzongpa from an outdoor photo shoot on Instagram. Jackie and Danny can be seen conversing while sitting under a tree in one of the images. In another image, both are twining while posing for the camera with their hands clasped. Jackie donned a white shirt, black pants, and a black scarf around his head, whereas Danny was wearing a blue jacket, grey pants, and a blue scarf around his head.

“Brothers are not necessarily by blood,” she wrote as the caption for the photo. One of the kindest guys in our field, Siddhant Kapoor wrote in response to the image. Jackie’s uncle and Danny’s uncle

Jackie Shroff, Tiger Shroff, and Rinzing D were mentioned in Ayesha’s post, which also included heart emojis shared by Danny Denzongpa and his son Rinzing Denzongpa. One of her followers replied to her caption with, “Yes, I agree with you.” One more admirer commented, “Beautiful photo.”

In 1987, Jackie Shroff wed Ayesha Shroff. Krishna Shroff and Tiger Shroff are the couple’s two kids. Jackie Shroff revealed his upcoming project in an Instagram post from earlier in June.

Tshering Phintso, also known as Danny, has acted in numerous movies throughout his acting career. He made his Bollywood debut in Zaroorat by BR Ishara. Additionally, Danny appeared in the films Dhund, 36 Ghante, Bandish, Jeeo Aur Jeene Do, and Dharm Aur Qanoon, as well as the films Fakira, Chor Machaye Shor, Devata, Kalicharan, Bulundi, and Adhikar.

In the upcoming action-drama Baap, Jackie will appear opposite Mithun Chakraborty, Sanjay Dutt, and Sunny Deol. On June 16, he posted a photo from the set with Mithun and Sanjay along with the caption, “Jahan chaar yaar mil jaaye… arre chautha kidhar hain bhidu… @duttsanjay @mithunchakrabortyofficial? (Where four buddies reconnect, but Sunny Deol, the fourth, is nowhere to be found. )”