On Monday, after 413 days, the residents of Delhi breathed good air as the pollutants settled down due to heavy downpours throughout the day. This is the first time the air in the capital in October has been so clean since 2015.

Delhi’s overall air quality index dropped to 46, which was classified as “good” by the Central Pollution Control Board, and dropped by more than 250 in just one day. The index on Sunday soared to 298 on Sunday and was classified as “poor”, causing most people to be exposed to breathing discomfort for a long time. Experts say that this relief may be short-lived as the smoke from farm stubble fires in Haryana and Punjab in the coming days comes from the northwest wind. 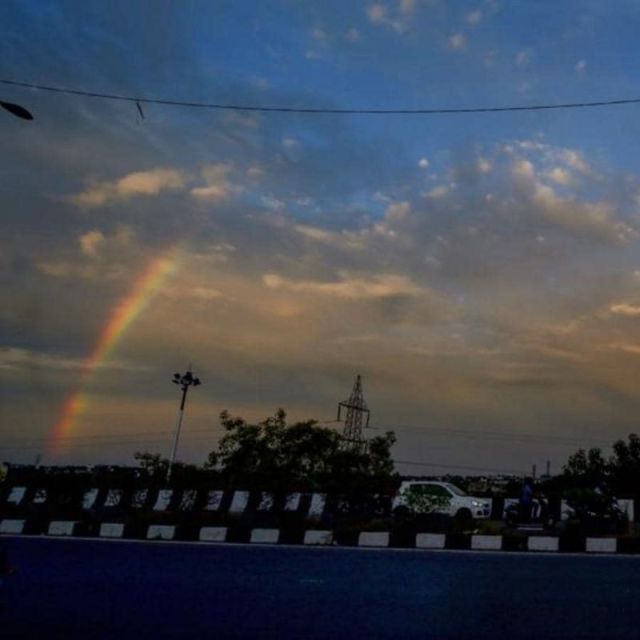 According to data from the federal pollution watchdog showed, Monday is not only the first good air in Delhi in 2021, but also since August 31 last year. At least since the agency started to keep AQI records in 2015, Delhi has not breathed good air in October. Scientists from the Meteorological Department of India said that the sharp drop in pollution levels is more due to the duration of rainfall and showers in neighboring countries, which may offset the effects of smoke from burning farm residues.

“Delhi has experienced some heavy rainfall this year, but this time, the pollution level has dropped sharply because the rainfall is widespread in Delhi and neighboring Uttar Pradesh, Haryana and other places, and it lasts longer,” said VK Soni, India Head of the Environment and Research Department of the Meteorological Department. “We have seen that the period of heavy rainfall during this year’s monsoon is usually short, lasting two to three hours, so pollution levels have not dropped as sharply as Monday.”

Data from the Meteorological Department show that Delhi has one of the most unstable monsoons in history this year. It starts with an unusually delayed arrival. This year’s monsoon is not the normal June 27, but enters the capital on July 13, 16 days later than planned. This is the latest arrival in 19 years. In 2002, the monsoon hit Delhi on July 19. The city gradually broke a series of weather records related to the monsoon.

The rainfall in Delhi broke the records for July, August and September. Most of the rain showers in the city are concentrated in a few hours, destroying the city’s infrastructure and destabilizing normal life. The air quality in the capital has been declining steadily throughout the month, and the decline accelerated on Friday when the AQI reached 198 at the far end of the “medium” region. On Saturday, as the wind calmed down, air pollution worsened, reaching 284, and then climbing to 298 the next day.

Delhi recorded five good air days in 2020, the most since the start of the AQI record. However, this may be due to restrictions on social and economic activities due to the Covid-19 pandemic. Now these restrictions have been basically lifted.