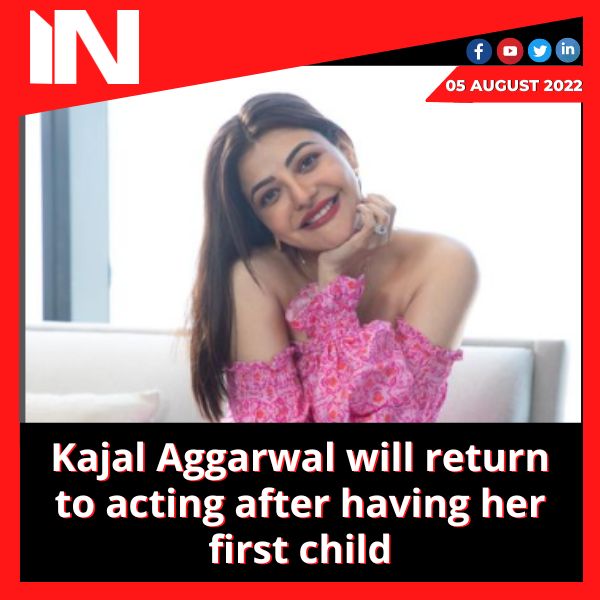 Actress Kajal Aggarwal, who took a break from acting to embrace motherhood, has announced her intention to make a comeback. On September 13, Kajal stated during a live Instagram chat with Neha Dhupia that she would return to the Indian 2 set. This also means that the Shankar film, which was shelved for more than two years after an accident claimed the lives of three technicians working on the sets, has been given new life.

Kajal can be heard telling Neha Dhupia in the Instagram live video clip that she will start shooting again for Indian 2 on September 13. Many Kajal fans expressed their excitement for her comeback in the comments section.

In the Tamil romantic comedy Hey Sinamika, which also starred Dulquer Salmaan and Aditi Rao Hydari, Kajal last appeared. Kamal Haasan recently stated that Indian 2 has not been put on hold. He made it clear that shooting on Indian 2 will start up again during the promotions for his most recent film, Vikram. He said, “Discussions are ongoing to resume its shooting soon.

Speaking of Indian 2, he added that shooting is almost 60% finished, and work is being done to settle disputes related to the project and complete the remaining shooting. Filmmaker Shankar, who has been collaborating with Ram Charan over the past few months, will pause the film’s production to finish another schedule for Indian 2.

“Most Wanted Heroine” of Rashmika Mandanna before the release of Sita Ramam, says Prabhas