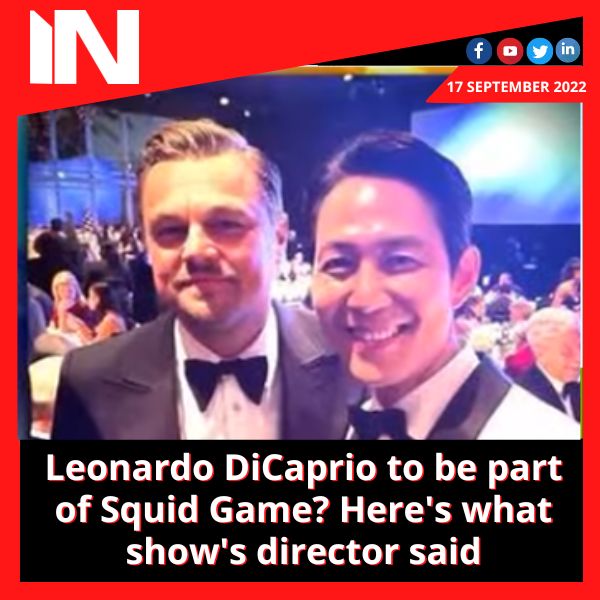 Hwang Dong-hyuk, the director of the web series Squid Game, has commented on speculation that star Leonardo DiCaprio may appear in it. Hwang responded when asked if any “renowned Hollywood actor” would appear in Squid Game Season 2 during a press conference in Seoul. Leonardo may be requested to participate in season 3 even though Hwang stated that he isn’t in season 2 of the show.

Squid Game, which debuted on Netflix in September of last year, quickly rose to the top of the list of all television shows watched. The nine-episode survival drama provides a view of a profoundly unequal capitalist society as cash-strapped players play childhood games for the chance to win large sums of money that could change their lives. The new season will begin filming the following year and premiere in 2024.

As reported by Variety, Hwang declared at a media event held by Netflix on Friday that “Season 2 will not feature any well-known Hollywood actors.” That’s not the intended scenario, and if it does, maybe in Season 3; nonetheless, for Season 2, the action takes place in Korea. Given that Leonardo DiCaprio has expressed a strong interest in Squid Game, perhaps we can ask him to participate if time and circumstances permit.

Hwang stated, “We will begin filming Season 2 next year and it will be released the following year” in regards to the second season. According to the source, Hwang also said that the games that will be played during the season have been verified and that the upcoming season would see improvements in production expenses.

With 1.65 billion hours of viewing in the first 28 days following its September 17 release, Squid Game made history by topping Netflix’s top 10 weekly most-watched TV show charts in 94 countries, according to the research.

Kirti on how her and Angad’s lives have changed: He’s a dad and I’m separated

House of the Dragon: Mily Alcock on Rhaenyra’s infatuation with her uncle Daemon