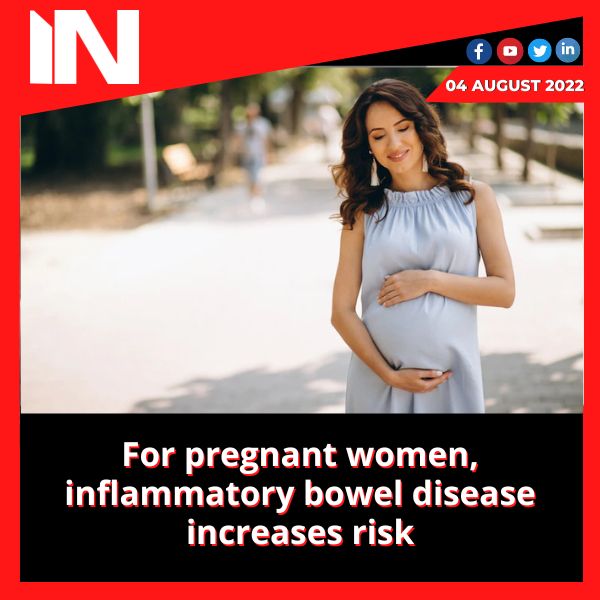 Pregnant women with inflammatory bowel disease and their unborn children face more risks and issues than pregnant women without IBD do. These are the findings of a recent study that looked at more than 8 million pregnancies’ outcomes.

The University of Missouri School of Medicine directed the study, and the results were published in the International Journal of Colorectal Disease.

IBD is the name given to conditions like Crohn’s disease and ulcerative colitis, which are characterised by persistent gastrointestinal tract inflammation. IBD primarily impacts young people, including women who are at the height of their reproductive potential.

IBD is an incurable condition that is stressful for the 3 million Americans who have been diagnosed, according to senior author Yezaz Ghouri, MD, an assistant professor of clinical medicine. “We were interested in the effects of IBD on maternal and foetal outcomes because this disease frequently affects women at the height of their reproductive potential. As far as we are aware, this study is the most thorough of its kind, using information from numerous institutions across 48 states.”

Between 2016 and 2018, the research team examined more than 8 million pregnancies. 14,129 of those mothers had IBD. The findings showed that gestational diabetes, postpartum haemorrhage, hypertensive complications, preterm delivery, foetal growth restriction, and foetal death were more common in pregnant women with IBD. The length of postpartum hospital stays was also longer for pregnant women with IBD. They spent an additional half-day in the hospital on average, and the additional medical expenses totaled more than $2,700.

According to our research, we advise pre-conceptional counselling and aggressive treatment for women with moderate to severe IBD in order to achieve remission prior to becoming pregnant, said Ghouri. The findings of our study highlight the significance of having IBD under optimal control before conception.

Advertisement
Related Topics:bowelDiseaseincreasesinflammatoryPregnantriskwomen
Up Next